‘I’m Going Through A Brutal Time’: Bethenny Frankel Reveals Her Struggles With Her Divorce 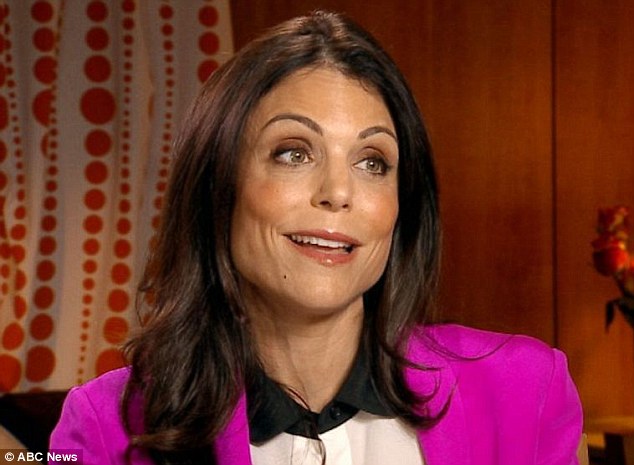 Former Real Housewives Of New York star and millionaire entrepreneur, Bethenny Frankel said she is still grappling with the aftermath of her painful divorce and resulting custody battle over her and her ex-husband’s daughter, Bryn. Bethenny will be appearing on Nightline tonight on ABC at 12:35am.

“I’m going through a brutal, brutal time. It really, really is. I mean, there’s no other way to slice it.”

After nearly three years of marriage, Bethenny filed for divorce from businessman Jason Hoppy. They are fighting over custody over the couple’s 3-year-old daughter, Bryn.

On her disappointment
“I felt like I disappointed people, because I felt like I was this role model, that represented the fairy tale. I’m definitely bruised.”

Bethenny starred on RHONY, which led to two spin-off”s which Bethenny shared all with the world – “Bethenny Getting Married” documented her relationship and subsequent marriage to Hoppy, and “Bethenny Ever After” followed the birth of their daughter.

The reality series’ cameras captured Frankel and Hoppy’s relationship as it came together, and then unraveled, something Frankel said she doesn’t regret.

But despite the low points, or maybe because of it, Frankel’s career is reaching new heights.

On Skinnygirl Cocktails success which she sold to Jim Bean for an estimated $100 Million
“This has kind of exploded now because women are interested in lower calories obviously, but they still want a drink. This broke the code. It really did. It’s one of the fastest growing liquor brands in the whole world.”

On her Skinnygirl Solutions
“It’s solutions to make women’s everyday lives a little easier, a little more balanced. Just from anything that, organization, just on a micro-level, when you walk into your bathroom cabinet and you look at that drawer with all the brushes and the nonsense, just how to just organize that one moment of your life.”

Bethenny said nothing on her show will be off-limits.
“I don’t want to go on there and make jokes about laser hair removal. It’s not, I mean it is sort of funny, but it’s not. I did not know. I literally polled my whole office and said, ‘Okay. Who’s bald eagle and who’s landing strip?’ I had no idea that I was not, you know I thought I was cool. What my friends and I talk about when we go to get drinks.”

If nothing is off limits, what is the reason for the divorce?

Bethenny still seems to find something in life worthy of a toast
“I would imagine eventually, sex would be a nice release, but you know, who knows. If I’m exercising or doing yoga it’ll take the edge off on some level. And then I like to have a Skinnygirl cocktail. I’m not going to lie. Honestly. It’s mommy juice.”