Coming off the heels of “Big Rich Texas“, which is enjoying its most-watched season to-date, is the latest installment of the franchise – Big Rich Atlanta” – premiering Sunday, January 20 at 8/7c on Style. “Big Rich Atlanta” enters the world of an exclusive Atlanta country club, where outrageously wealthy mothers and daughters do whatever it takes to stay on top of the social scene and in control of the action. It’s hot, it’s humid, and it’s full of drama.

In the premiere episode, the ladies of the country club have already grown disillusioned with Ashlee and her “Queen Bee” persona. After picking a fight with Kahdijiha and causing Harvin and Meyer to question her motives, Ashlee’s path of destruction has left some casualties on the club grounds. Meanwhile, sisters Harvin and Meyer are greeted by a visit from their recently divorced mom, Virginia, who is back in Atlanta to check up on her daughters and more importantly, her investment in their new fashion and jewelry line, She Blames Me. Will her presence force them to actually start working?

Georgia’s mother-daughter duos are nothing but peaches–but are they peachy keen on each other? See the premiere January 23rd at 8/7c on Style Network! 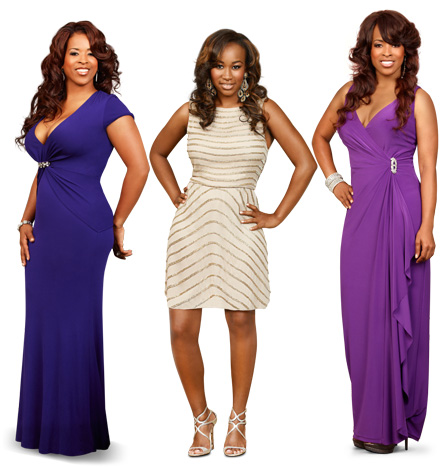 Sharlinda is a self-made woman and co-owner of Tu La 2 Nail salon, which she runs with her twin sister, Brie. Sharlinda is a take-charge woman who likes to show people who’s boss. Outspoken and occasionally over-the-top, she prides herself on being an astute business woman, a supportive sister, a fabulous mother and a glamorous wife. Sharlinda is married to recording artist Q. Parker of the R&B quartet 112.

Sharlinda’s daughter, Kahdijiha, is a no-nonsense go-getter and marketing executive. With her glamorous mother and celebrity father, Kahdijiha is a jet-setter in Atlanta’s social scene and ready to take on the world.

Brié is Sharlinda’s twin sister and co-owner of Tu La 2 Nail salon. She often serves as a close confidant and “second mom” to Sharlinda’s daughter Kahdijiha. 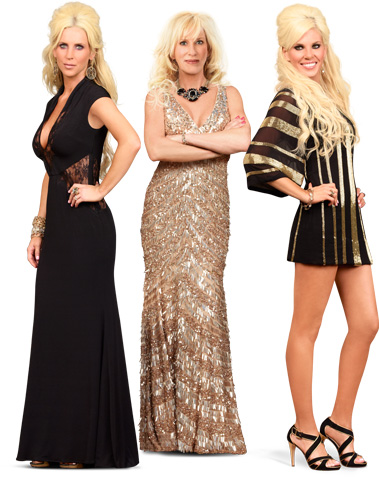 Harvin, Virginia’s eldest daughter, may look like a blonde princess, but dark secrets of her past give her a surprising emotional depth. She’s channeled her emotions into a clothing and jewelry line called She Blames Me, creating fashion and accessories inspired by women the sisters hate.

Virginia is starting a new life in Atlanta by moving in with her gorgeous daughters, Harvin and Meyer. Independently wealthy and armed with an MBA, Virginia wants to keep an eye on her investment in her daughters’ nascent fashion and jewelry business. Recently single, Virginia is ready to meet someone new.

Virginia’s youngest daughter, Meyer, is in a world all her own and it’s usually a party. She does as she pleases and never holds her tongue, a trait that has created plenty of frenemies and enemies over the years who can now be sources of inspiration for the clothing and jewelry line she is launching with her sister. 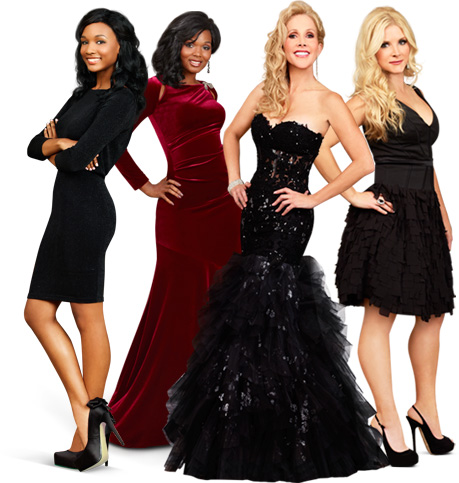 Sabrina’s daughter Anandi is a college sophomore balancing books, boys and her latest passion, pageants. She’s a self-professed nerd who happens to treat every day like a red carpet appearance, and she isn’t afraid to rely on her mother’s omnipresent Glam Squad to make sure she always looks her best.

Pastor Sabrina is rich, religious and single. A successful dancer who toured with such singers as Bobby Brown and TLC, Sabrina merged her passions for dance and spirituality to become the Dancing Preacher. Today, she’s a self-made woman juggling an international dance ministry while raising her college-aged daughter, Anandi.

Marcia is a well-known interior designer in Atlanta with a reputation for lush design with a traditional Southern feel. Always a trendsetter, Marcia is now working with her daughter, Meagan, to launch Buckhead’s first mobile fashion truck business.

Marcia’s daughter Meagan is a licensed real estate agent whose true passion lies with fashion. Inspired by the success of pop-up boutiques in New York and Paris, Meagan is determined to open Atlanta’s first mobile boutique. She runs in a high-powered, high-glamour social circle and will have no shortage of customers if she and her business partner/mother succeed in launching their joint venture. 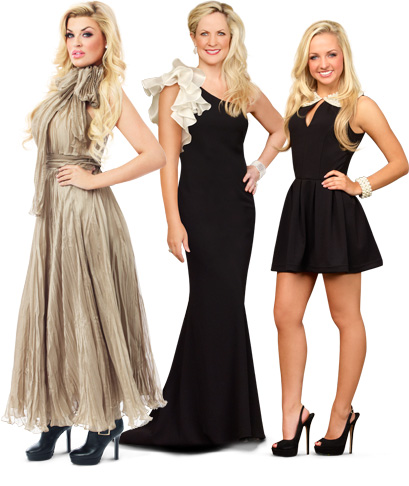 A former Miss Georgia Teen, Ashlee is one of Atlanta’s most sought-after pageant coaches. A fixture on the Atlanta social scene, Ashlee is a highly-opinionated, old-money heiress who fancies herself a Boss Bitch.

Katie is a fourth generation Atlantan and proud of it! She is a stay-at-home mom who loves luxury, football and southern traditions. Conservative by nature, Katie may be pushed to venture outside of her comfort zone and beyond the tranquility of the riverfront estate she shares with her husband and two children.

Katie’s 17 year-old daughter Diana is a competitive high school cheerleader. She’s athletic and outgoing, and definitely inherited her mother’s taste for the finest things in life. She cruises the Buckhead suburbs in a brand new luxury SUV and is excited about entering her first pageant.