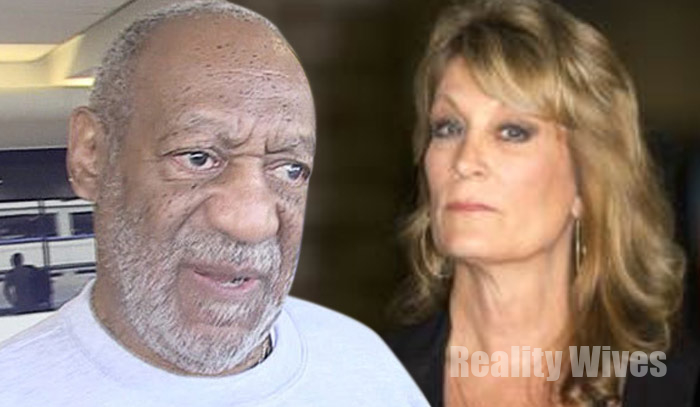 via TMZ:
The L.A. County District Attorney has just REJECTED the case involving a woman who claims that when she was 15 Bill Cosby sexually molested her at the Playboy Mansion.

Judy Huth has already filed a civil lawsuit against Cosby, but she also filed a police report … 40 years after the alleged 1974 incident.

The D.A. squarely said … the statute of limitations has long run on any possible case.

In rejecting the case the D.A. did not evaluate the merits of her claim, but said in order to take action, under the law at the time she would have had to make her complaint within 1 year.

The D.A.’s report details the allegations … Huth says Cosby gave her 3 beers and then took her to the Mansion. She says they were sitting on a bed and he tried to touch her vagina, but she blocked him by saying she was menstruating.

The report goes on … with Huth alleging Cosby grabbed her hand, pulled his sweatpants open and placed her hand on his erect penis. She says he then masturbated himself with her hand.

Cosby says Huth is a liar and an extortionist, who unsuccessfully tried to sell her story to the tabloids a decade ago and then demanded $250K from him in return for her silence.