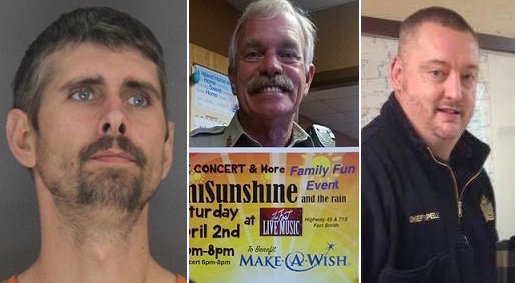 A suspect in the shooting of two Sebastian County law enforcement officers on Wednesday has been taken into custody.

The suspect was identified as 34-year-old Billy Monroe Jones of Greenwood. The suspect’s father had called authorities to say the man pulled a gun on him.

Police said Jones barricaded himself inside a home on Highway 253. Officers were able to talk Jones into coming out of the house peacefully with his hands up. Sebastian County Sheriff Bill Hollenbeck said Jones wanted to cause “ruckus” ahead of a court appearance.

CBS affiliate 5NEWS reports both officers were taken to a hospital in Fort Smith. Sebastian County Sheriff’s Office officials report that Deputy Bill Cooper had died due to his injuries. Hackett Police Chief Darrell Spells was also being treated at the hospital, but has since been released.

A K9 officer, Kina, from the Greenwood Police Department was shot. The police are searching for Kina but they are unsure if she survived the shooting. 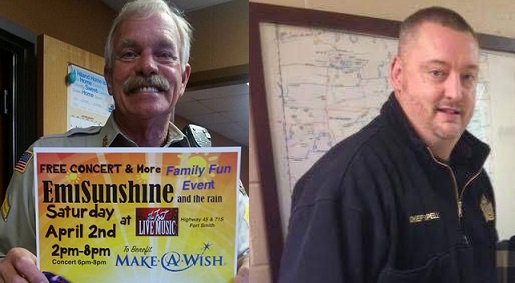 The shooting happened near the intersection of Highway 253 and Boone Road around 7:15 a.m. Drivers said Highway 253 was blocked in both the north and southbound directions for several hours.

Multiple law enforcement agencies responded to aid in the search, and later the negotiation.

Arkansas Senator John Boozman also released a statement, saying ““Deputy Cooper was a dedicated member of the Sebastian County Sheriff’s Office who put his life on the line every day to defend our community. He was a brave hero who led a life of service and died serving and protecting the people of Arkansas. I join with all Arkansans as we mourn the passing of this selfless servant and keep his family and loved ones and all of the law enforcement community in our thoughts and prayers.”

In a press release, Arkansas Attorney General Leslie Rutledge thanked Deputy Cooper. “Sheriff’s Deputy Bill Cooper gave his life protecting the citizens of Sebastian County and for that we are forever grateful,” said Attorney General Rutledge. “Deputy Cooper showed enormous courage in the line of duty and in the face of incredible danger. This terrible incident is a reminder to all Arkansans of the threatening situations members of law enforcement put themselves in each and every day in order to shield their neighbors from harm. They deserve our support and appreciation for all they do.”