Blac Chyna’s calling out Tyga for failing to pay money into their son’s bank account. She went on an epic rant on snapchat.

Here is the transcript: 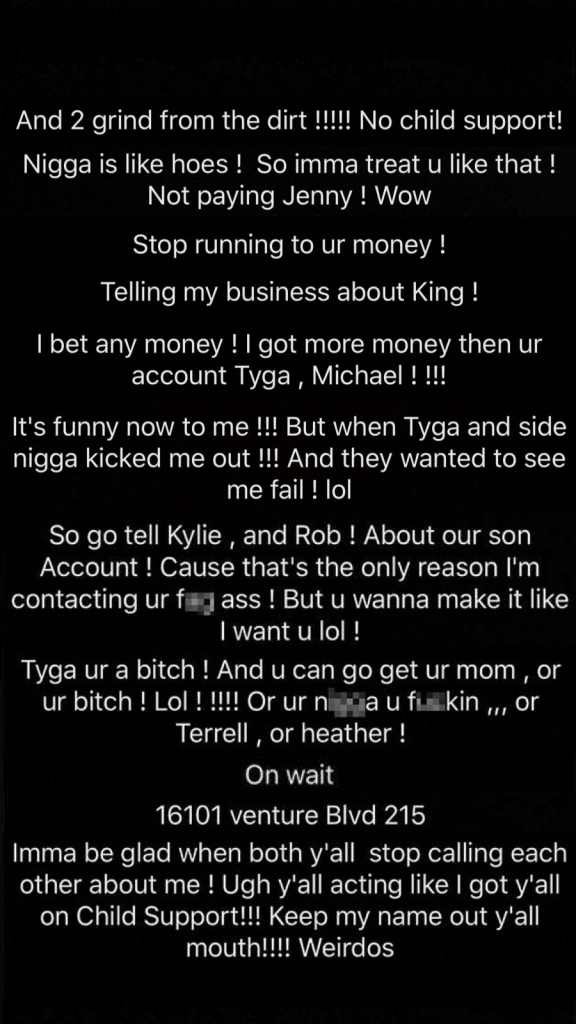 Tyga has not paid Jenny, King Cairo’s nanny. Tyga then went and told anyone with ears, that Blac Chyna wants him back, when that’s furthest from the truth.