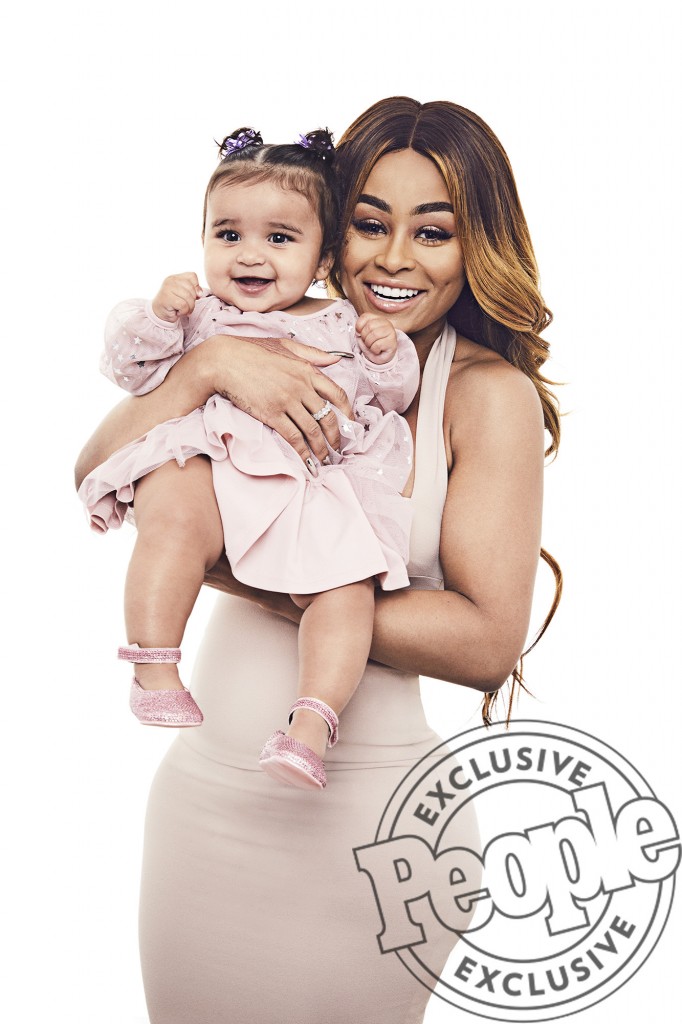 Sitting down with PEOPLE in the living room of her six-bedroom Los Angeles home, the model and Lashed Cosmetics entrepreneur opens up about remaining dedicated to Dream, her 8-month-old daughter with Kardashian, and King Cairo, her 4-year-old son with rapper Tyga.

Being happy hasn’t necessarily been easy for Chyna recently after Kardashian, 30, took to Instagram and Twitter on July 5 to post nude photos of her and accuse her of cheating and using drugs. But after being granted a restraining order on July 10, Chyna is ready to focus on the positive in her life — and help others who’ve experienced similar retaliation from exes.

“Words are words, but once you start posting actual pictures, then that’s just not right. It’s actually against the law,” she says. “If I was to go and do a very artsy, high-end photo shoot exposing my breasts, that’s my choice. This is my body. It’s my right. Once somebody else does it, it’s just not right. I’m hoping that somehow, some way, this will let [more people] know, ‘Don’t do it.’ ”

Chyna says women have approached her both in person and online since her July 10 court appearance to let her know that she has inspired them to take control.

“I just want to voice my story — voice what’s real — because at the end of the day, the person next to me could possibly be going through the same thing. For people to actually look up to me really means a lot. These types of things, they happen every day. A lot of women, they don’t address it. See it, recognize it — but don’t be tainted by it. Just be strong and positive.”

Chyna admits she is concerned about Kardashian’s social media rant – but only to a degree.

“When somebody that’s actually been the closest to you says these things, other people are going to believe it,” she says. “But the people that I actually care about, my family and friends, they’re all I worry about. I’m not going to sit here and hide in my house over somebody else being hurt or jealous or insecure.” 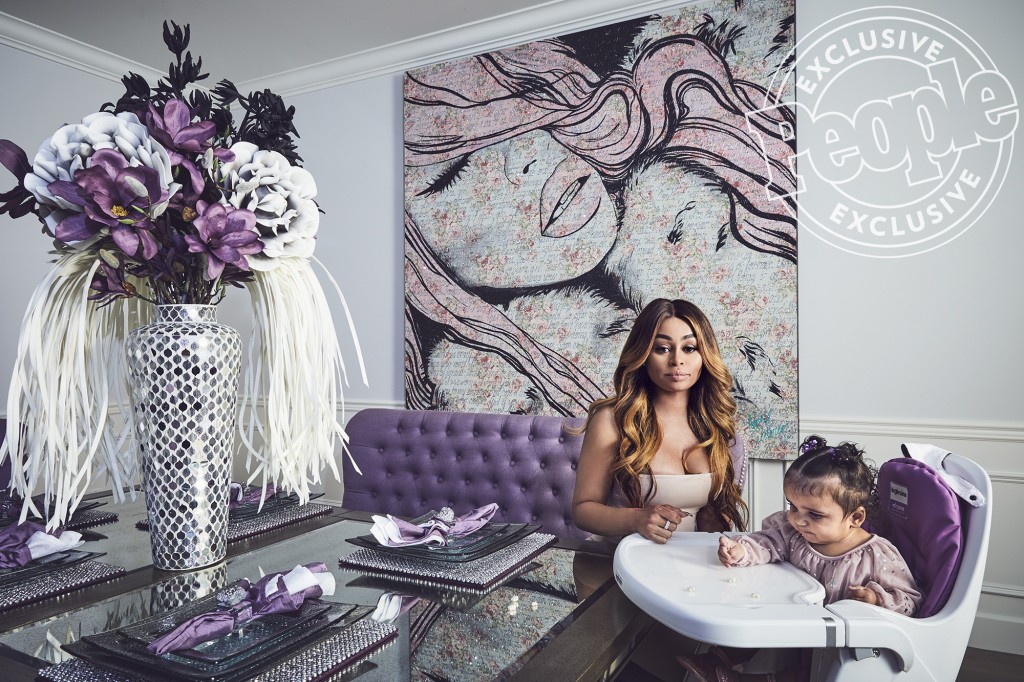 Though they dated for more than a year and were engaged and welcomed a child together, Blac Chyna and Rob Kardashian did not spend much of their relationship living under the same roof.

“We lived together [at my house] for two months in the beginning, but he stressed me out every day,” Chyna tells PEOPLE of Kardashian, 30, in the current issue of PEOPLE. “And I said, ‘One thing you won’t do is stress me out with this baby in my belly.’ “
Sitting in the living room of her six-bedroom Los Angeles home, the model and Lashed Cosmetics entrepreneur opens up about her relationship with Kardashian and a period during which she moved in with him while he was living with his half-sister Kylie Jenner, who famously dated Tyga, the father of Chyna’s 4-year-old son King Cairo.

“About a month after Dream was born, I moved in with Rob at Kylie’s house for about a week. I put my pride aside — and I’m very prideful. I was like, ‘You know what? I actually want to be with this person. So guess what, Chyna, you need to go live in this lady’s house,’ which is his sister,” says Chyna. ” ‘There’s no bad blood or whatever, so be a family and figure it out.’ I moved in and one week later was like, ‘You know what? I don’t deserve this. I’m out. I’m not going to be disrespected.’ ”

Chyna and Kardashian remained in each other’s lives after their split in December 2016 but after Kardashian took to Instagram and Twitter on July 5 to post nude photos of her and accuse her of cheating and using drugs, Chyna was granted a restraining order on July 10 and now says she will only be “co-parenting” with him in the future.

For more from Chyna — including a look at baby Dream’s first official photo shoot – pick up the latest issue of PEOPLE, on newsstands Friday