In sign 1,356 of here comes the apocalypse, it appears Blac Chyna is making some moves with Rob Kardashian.

In stealth mode, Blac Chyna posted a picture with a man’s arm and by all appearances it looks like Rob Kardashian’s arm, she captioned the picture: “The beginning ☘” 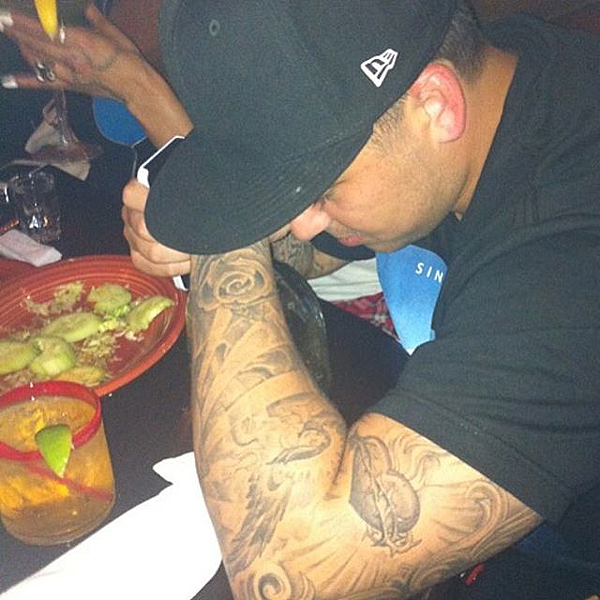 As it has been well documented, Blac Chyna was engaged to Tyga, who is now sleeping with 18-year-old Kylie Jenner. Blac Chyna was also friends with Kim Kardashian, Kylie’s sister. Their relationship has since gone bust.

Someone commented on instagram: “I support this , do it for the kids”

I’m sure Kris Jenner is going to try and have Rob committed to a psychiatric facility and is calling his phone right off the hook! Imagine if Angela ‘Blac Chyna’ White would be the one to carry on the Kardashian name. What a legacy! The universe would collide if Amber Rose and Scott Disick started dating. What are your thoughts? Post your comments below.