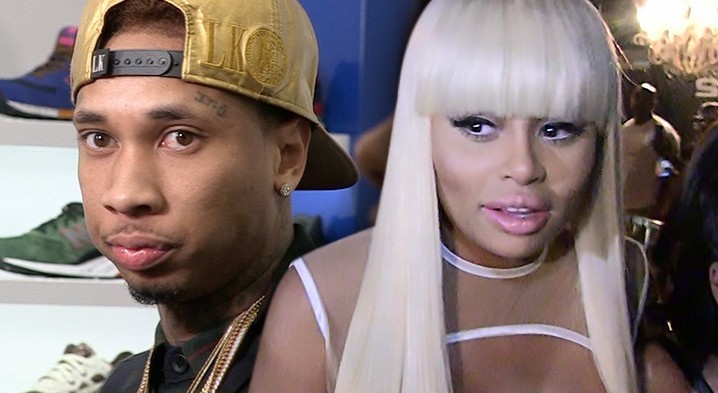 Tyga recently tweeted, “It makes me happy to see the mother of my son happy.My only concern in this situation is my son. I want him in happy environments.” Which is nice after dating a teenager after leaving her. But Blac Chyna is privately calling his sweet sentiment, garbage, for pretending to be supportive of her engagement to Rob Kardashian, sources state Tyga is trying to destroy her life.

Allegedly Tyga has gone to great lengths to take their son, King, from her as he is trying take custody from her and will not back down.

According to sources, Tyga will not speak to Chyna, they only communicated through email. He has changed his mobile phone number and won’t give her the new number. Most of the parenting decisions are made with their nanny as the go-between.

Also sources claim that Tyga and his crew have been on a campaign to destroy her reputation, calling her a “drunk whore,” “deadbeat mama” and “nasty b*tch.”