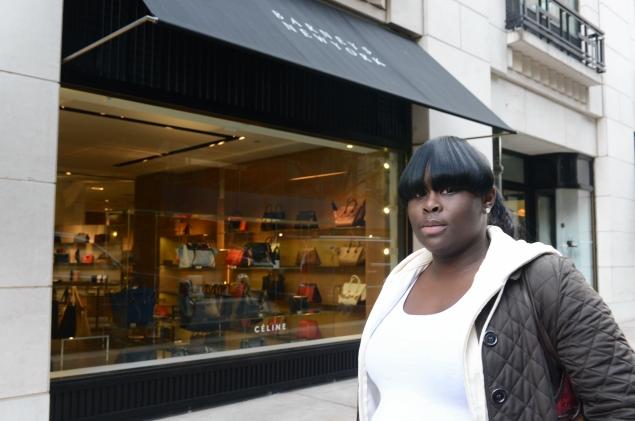 Kayla Phillips, 21, says she was swarmed by four plainclothes cops after using her debit card to buy a $2,500 orange suede Céline bag. Her experience is eerily similar to that of Trayon Christian, 19, who filed a discrimination suit this week accusing Barneys and the NYPD of racial profiling.

via NY Daily News:
Four plainclothes cops accused a black woman of credit card fraud after the Brooklyn mom bought a $2,500 designer bag from Barneys stoking a fresh round of outrage against the high-end store. Kayla Phillips, 21, a nursing student from Canarsie, told the Daily News she had long coveted the orange suede Céline bag. Armed with a cash infusion from a tax return, she took her Bank of America debit card and headed to the Madison Ave. flagship store on Feb. 28. 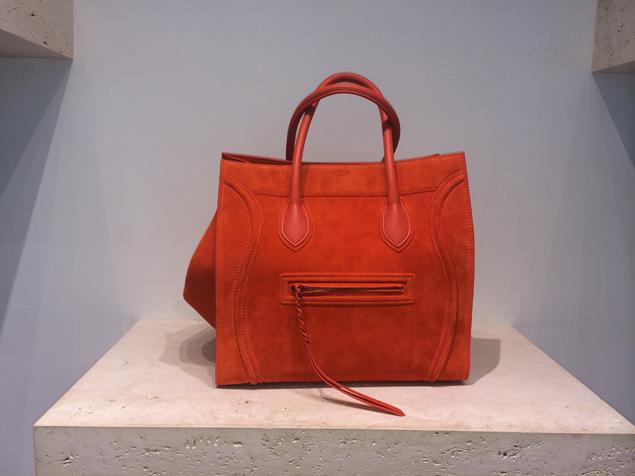 Phillips made the purchase without incident but says she was surrounded by cops just three blocks away, at the Lexington Ave. and 59th St. subway station.

“There were three men and a woman,” she recalled. “Two of them attacked me and pushed me against a wall, and the other two appeared in front of me, blocking the turnstile.”

The cops started peppering her with questions and demanding to see her ID.

“They were very rough,” said Phillips, who has filed a $5 million notice of claim with the city of her intention to sue the NYPD. “They kept asking me what I bought and saying, ‘Show us your card.’ I didn’t know what was happening.”

The 5 p.m. confrontation was eerily similar to a clash between cops and 19-year-old Trayon Christian, who filed a discrimination suit this week accusing Barneys and the NYPD of racially profiling him. Christian, who is black, alleged he was followed into the street by undercover cops and accused of fraud after he used his debit card to buy a $349 Ferragamo belt at Barneys on April 29.

The young Queens man was cuffed and taken to the 19th Precinct stationhouse, but released with no charges, his discrimination suit said.

Both Christian and Phillips were amazed at how quickly they were swarmed by police. A Barneys exec told Phillips’ mother, Wendy Elie, that store employees didn’t call police on her.

Elie told The News a security guard told her the store has law enforcement on patrol inside the store — part of an NYPD fraud task force. A source confirmed that undercover cops are periodically inside the store because of repeated fraud complaints.

Police said there were 53 grand larceny complaints for credit card fraud at the Madison Ave. store and more than 47 arrests. A racial breakdown of the suspects wasn’t immediately available.

Elie lashed out at Barneys, calling the store hypocritical for striking a business deal with Jay Z, the superstar black hip-hop artist, while targeting black shoppers.

“It’s not fair . . . the two individuals who have had these experiences listen to Jay Z and Beyoncé, who wear designer clothes. These kids also like nice things, and they were treated awfully,” Elie said.

Jay Z — in Oslo, Norway, on his Magna Carta tour — worked with major designers like Balenciaga to produce an exclusive limited edition line of clothes and jewelry for Barneys that will go on sale Nov. 20. The deluxe goods range from a Barneys cotton T-shirt for $70 to a Shawn Carter by Hublot watch with black alligator straps that will retail for an eye-popping $33,900.

A portion of Jay Z’s profits will go to a foundation he runs to give financial aid to students facing economic hardships — people like Phillips and Christian, who are both working their way through college. Calls and emails to Jay Z’s publicist were not returned Wednesday.

A Barneys spokesman said in a statement that the upscale store had carefully reviewed Christian’s incident. 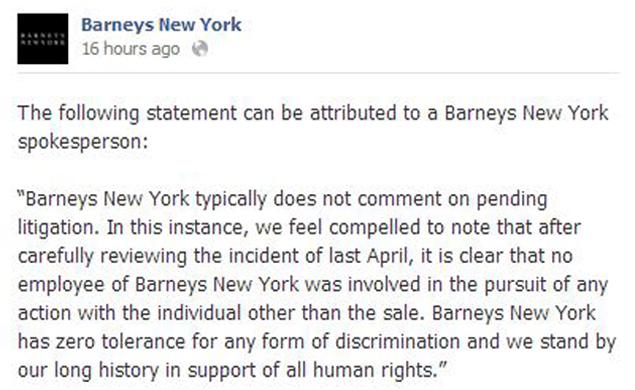