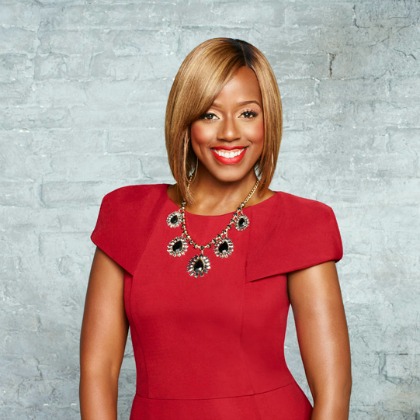 Daisy Lewellyn has sadly lost her battle to cancer at age 36. As someone who was a friend, constant source of inspiration and considered a life-long member of the ESSENCE family, we are deeply saddened by this news.

Deemed the “Queen of Effortless Chic,” Lewellyn was known and loved as a style expert and TV personality with the the type of spunk, sass and smarts to back it up. The California-native’s resume reads like a whos-who of the fashion world, having held editorships at InStyle, Glamour, and of course ESSENCE — where she served as the Accessories Editor from 2006-2007.

Lewellyn also became an author in 2010 after publishing “Never Pay Retail Again: Shop Smart, Spend Less, & Look Your Best Ever.” And while she was no doubt a beloved figure in the beauty and fashion industry, the world got to bask in the her awesomeness when she was selected to star on Bravo’s hit reality show “Blood, Sweet and Heels.” Lewellyn’s soaring career, hilarious one-liners and infectious smile were on full display. The show was also a testimony to her undying strength as she gracefully lived her life to the fullest despite her diagnosis.

Lewellyn’s effervescent and beautiful spirit has left an indelible mark on us and countless others. The following is a message from ESSENCE editor-in-chief Vanessa De Luca in honor of Daisy — and we welcome you to share your messages of condolence in the comments section below.

“Daisy’s name says it all: she was sunny and warm, a breath of fresh air in springtime. You could not help but be swept away by her vivacious personality. She worked for a time at Essence as our Accessories Editor, and her sense of style and understanding of the Essence woman definitely made its mark. Even after she moved on to other pursuits, she remained part of the Essence family. When I’d run into her during Fashion Week, she was always stunning, yet so down to earth and quick with a laugh or a hug. I will never forget her wide smile and graciousness. I know her bright spirit will live on through all the lives she has touched.”

Rest in power and grace, Daisy!