The 21-year-old dropped hints to her fans on twitter as she indulged in a lengthy twitter exchange with her 134,000 fans.

She posted: ‘Think about it.. She had 1babygirl, lungs and a GORGEOUS unforgettable voice .. Who do you think ONLY has HER vocal chords.. ?’

And one clearly excited fan said they were besides themselves with excitement at the prospect, For the wannabe wrote back: ‘I can’t wait for you all to hear it either ! L O V E.’ 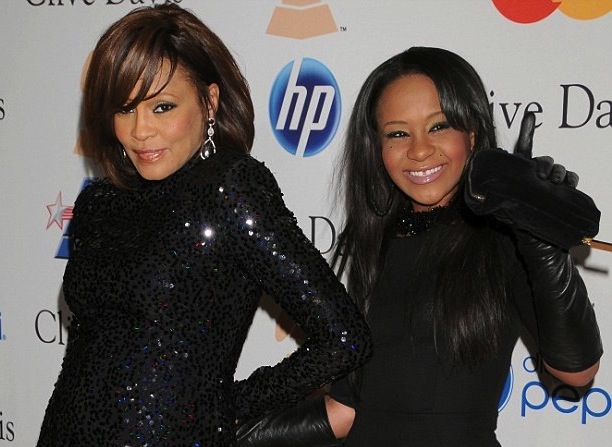 Bobbi Kristina Brown was photographed on the 25th January, 2014 at the Solstice Sunglasses and Safilo USA display at the GRAMMY Gift Lounge during the 56th GRAMMY Awards at Staples Center in Los Angeles, California. But the poor little thing was looking thin and wearing mis-matched shoes, causing people to think she is more than sick. 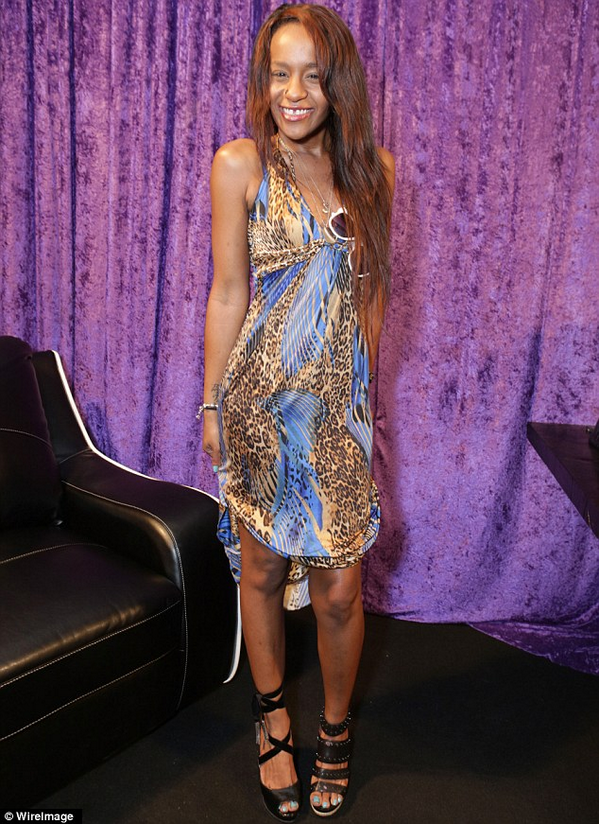