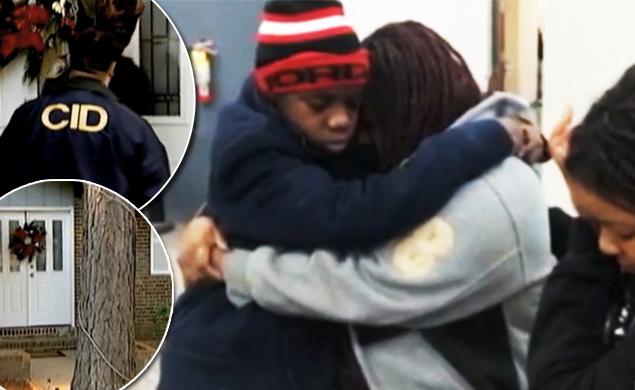 via AJC:
A 13-year-old boy reported missing four years ago was reunited with his mother late Saturday morning after being found safe overnight, hidden behind a false wall in a closet of a Clayton County home.

Five people in the house were taken into custody on charges of false imprisonment, obstruction and cruelty to children.

Clayton County police Sgt. Kevin Hughes said officers first went to the home on Duke Court near Jonesboro about 11 p.m. Friday to conduct a welfare check on a child.

“Upon initial arrival, responding officers made contact with several occupants at the location who denied having knowledge of any information concerning the victim,” Hughes said. “After a brief search of the premises, the officers left without locating the victim.”

About 2 a.m. Saturday, police received a second call about the boy and returned to the house.

“While at the location during the second call, the victim was able to establish phone contact with his mother and she in turn passed on additional information to the officers on the scene,” Hughes said. “The victim was found behind a false wall within the residence.”

Police arrested five people at the home, including the boy’s father, 37-year-old Gregory Jean, and 42-year-old Samantha Joy Davis, and charged them with false imprisonment, cruelty to children and obstruction. The other three people arrested were juveniles, Hughes said.

Channel 2 reported that the boy, whose name has not been released, was visiting his father from Florida in 2010 when the father refused to return him to his mother.

The boy recently got in touch with his mother by phone.

The mother arrived at Clayton County police headquarters from out-of-state late Saturday morning, and was reunited with her son.

A neighbor told Channel 2 the boy was frequently outside the house, mostly doing yard work but sometimes playing.

Police told the station the child’s mother apparently reported the boy missing to child welfare authorities but not previously to police, possibly because she’s an immigrant unfamiliar with the system.

Investigators said there were many unanswered questions as to who has custody and why police weren’t brought in earlier and that the boy will likely stay in the custody of Division of Family and Children Services to ensure the child’s safety.