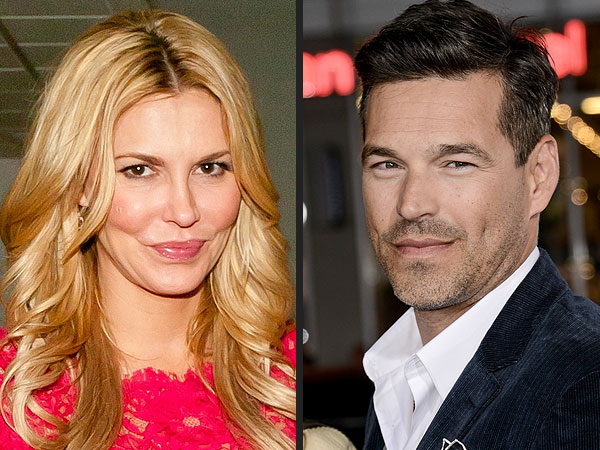 via Radar Online:
She’s a successful reality TV star and author with an estimated net worth of around $1 million, but Brandi Glanville claims she can’t afford to pay ex-hubby Eddie Cibrian back the $114,000 he overpaid her in alimony.

Last week Glanville was served with legal papers from Cibrian in which she claimed he was asking for child support from her — but he snapped back saying that was “preposterous” and he was actually asking for money back that he overpaid to her after their 2010 divorce.

And on Monday Glanville’s attorney let Cibrian know that he wouldn’t be getting his $114,000 back, because she can’t afford it!

According to her lawyer, Ron Rale, the overpaid money was given to Glanville, 41, four years ago and legally he has a 6-month window to ask for it back so he should have requested it three-and-a-half years ago.

“The lawyer who sent the letter does not represent Brandi in connection with Eddie’s calculation of alleged overpayment of support,” Rale said.

“It appears to me Eddie is trying at least in part to get back some of the child support he paid.”

As Radar reported last week, the financial feud between Glanville and LeAnn Rimes‘ husband was very public, with the Real Housewives of Beverly Hills star tweeting about the situation with Cibrian in response to Radar’s exclusive report about her $40,000 per month spending habit while married to him.

Regardless of the Glanville’s legal woes, she’s staying upbeat by tweeting her 539,000 followers on Sunday night: “Hater’s can F**KING SUCK IT cuz ‘Im Happy’ #PharrellWilliams.”

More in Real Housewives Of Beverly Hills (415 of 800 articles)