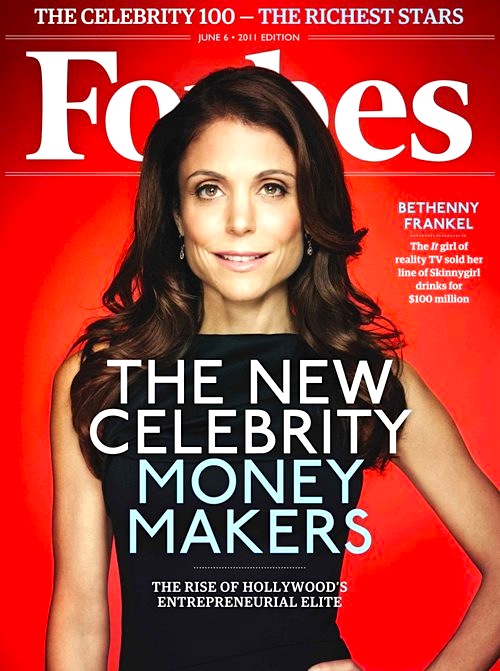 It’s 7 a.m. and Bethenny Frankel is hard at work. The reality TV star is talking to Don Imus about her new book, her new daughter and the time when, eight months pregnant and stitched into a wedding dress, she relieved herself into a champagne bucket on national television.

“My wife likes you,” Imus smirks, unimpressed by his guest.

Frankel smiles knowingly and leans in a few inches from his face. “You’ll like me soon.”

Ten minutes later he does. Sold by her mix of burning ambition, self-effacing humor and painful vulnerability, Imus calls her a “great interview” and invites her to come back soon. No surprise there. Since 2005 Frankel has become the most well-known entrepreneur on television by making her business everyone’s business. With millions of fans cheering she’s gotten married, given birth and built her Skinnygirl brand of consumer products on camera. Her show, Bravo’s Bethenny Ever After, is a skin-pore-close video diary that’s as much TMI as TMZ. Viewers have intimate knowledge of her daddy issues (ugly), her food struggles (on the mend) and her postbaby sex life (“kind of a rusty tricycle for a while”). Ever After, now shooting its third season, averages 1.6 million viewers each week. Her books–Naturally Thin, Skinnygirl Dish and A Place of Yes–are bestsellers. *There are rumors of a development deal for a daytime talk show. A half-million people follow her on both Twitter and Facebook. Type her name into Google and you get 3.8 million hits.

* Bethenny has been confirmed to be hosting her own talk show.