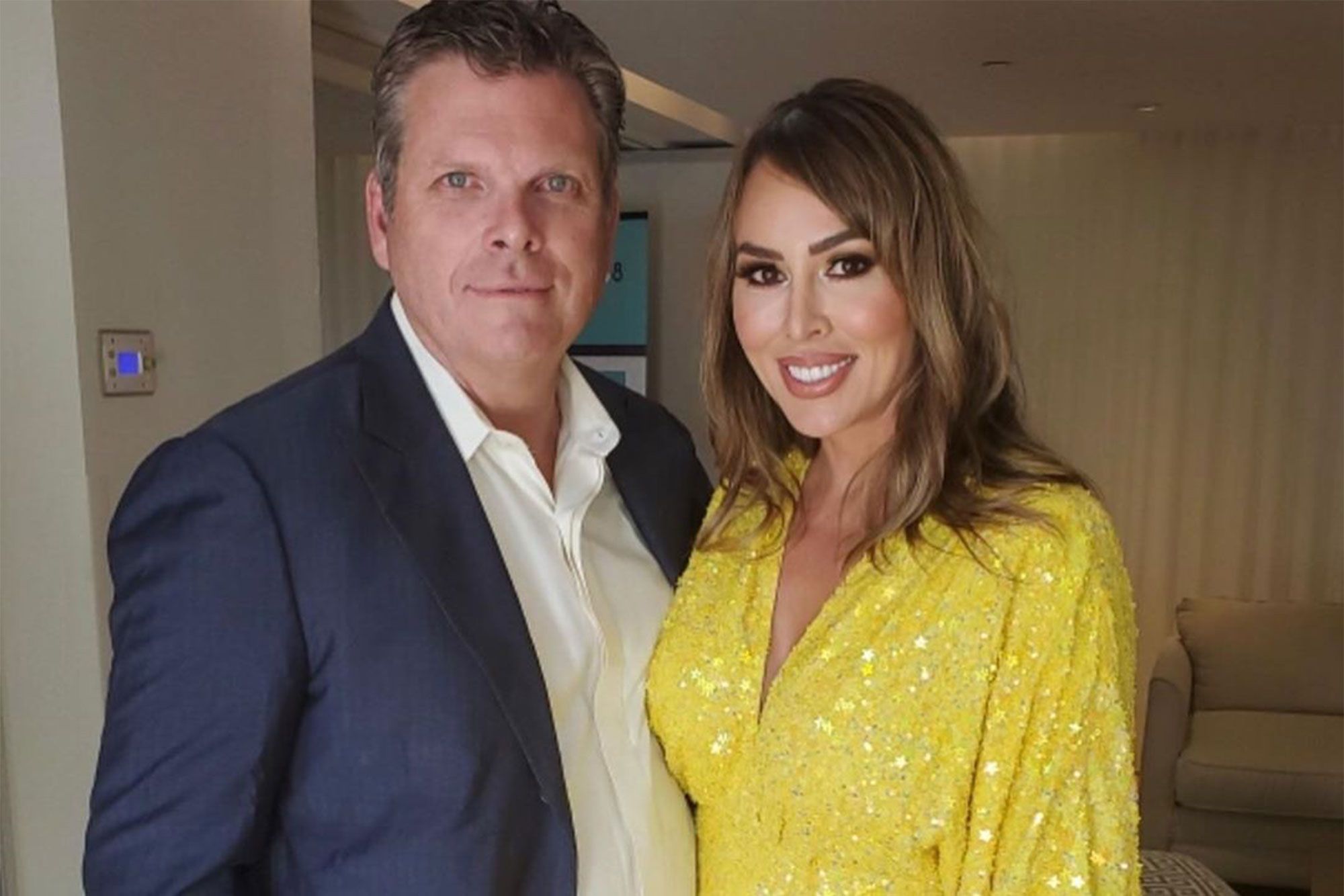 Real Housewives Of Orange County star Kelly Dodd, 43, and boyfriend, Brian Reagan, 55 have split up, among rumors of cheating.

“It’s time to stop. Kelly Dodd and I are no longer dating. I wish her the best. I will not comment further about this personal matter on social media. Dating isn’t easy, doing so from afar makes it more difficult.“ 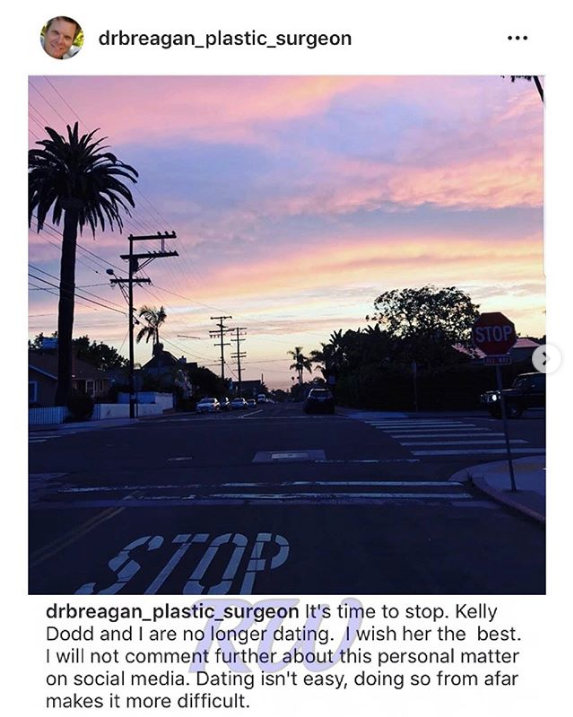 According to Page Six, Brian also denied cheating on Kelly.

“Kelly and I are no longer dating. I completely deny having cheated on her. Completely. That’s not why we’re not dating.”

“[Brian] posted that we broke up .. I’m deeply saddened and I only wish him the best !! Good Luck ,, you are a talented surgeon!! I loved you deeply ❤️., See [Rick Leventhal] we broke up .,” 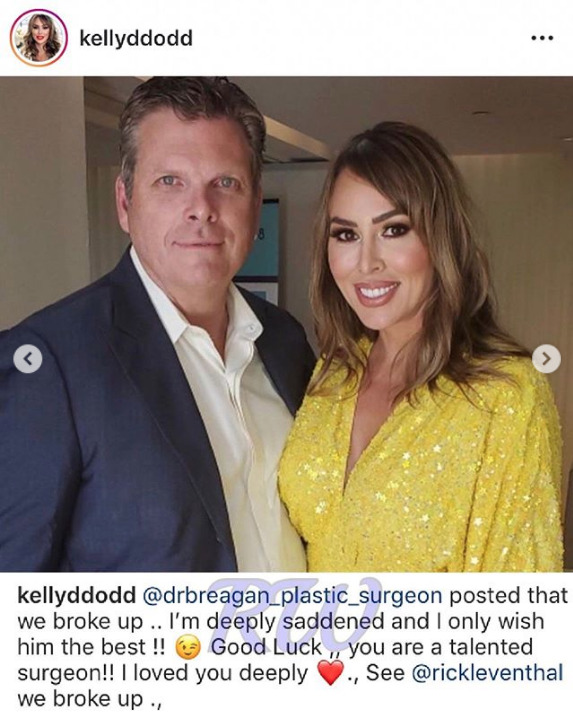 Kelly also tells People Mag about her break up with Brian, “I broke up with him on Aug. 3. We’ve been on and off for 9 months and I couldn’t take it anymore. He wanted his business on the show. I was just a means to get there. And I only realized that after I caught him cheating on me and realized he’s been seeing someone else all along.”

Brian told Page Six, “I simply cannot make her see — I’m not there all the time — she’s reacting. There are other things that have happened. I’m not going to share. And that’s it. She’s trying to spin this and I completely deny having cheating. Because I don’t want to be with her anyone she thinks there has to be another woman. But there’s not. It’s not. It’s just not working. We’ve been on-again-off-again. My focus is on my son and my career. I regret ever getting involved in reality TV … but this is my life and I’m just gonna get back to being a good dad, a good surgeon.”” 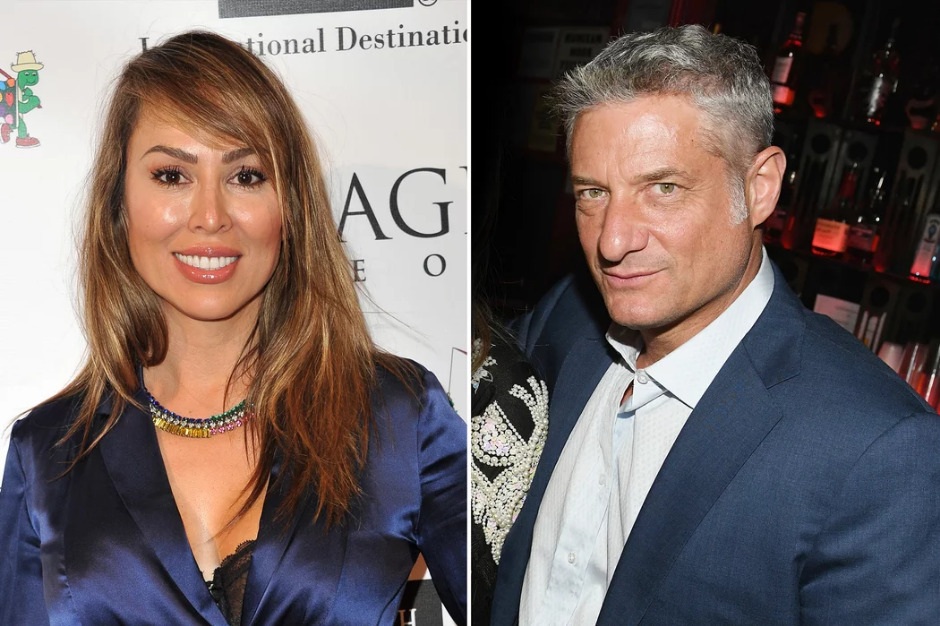 Kelly says, “We met in the Hamptons. It’s new, we haven’t even had sex. But he’s already treated me with more respect than Brian ever did.”

Rick has been married twice, first to Penny Daniels a former television anchor, they have two daughters, Veronica, 28, and Shoshana, 24, and poker player, Beth Shak who he dated for four months then married her, Beth filed for divorce after 9 months of marriage in 2017.

Kelly was married to Michael Dodd for 11 years, they share a 13 year old daughter, Jolie Dodd.

A rep for Leventhal did not respond for a request for comment. 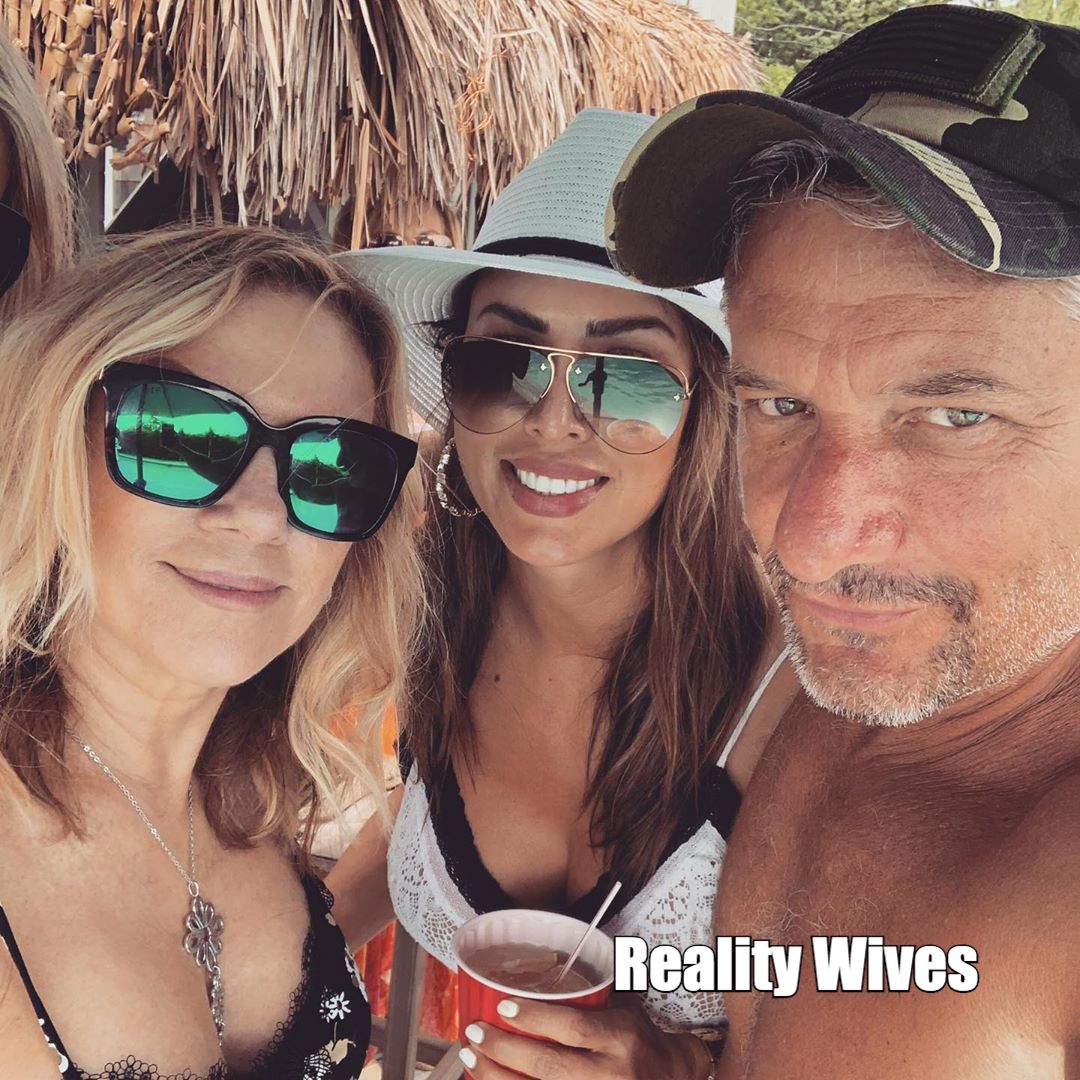