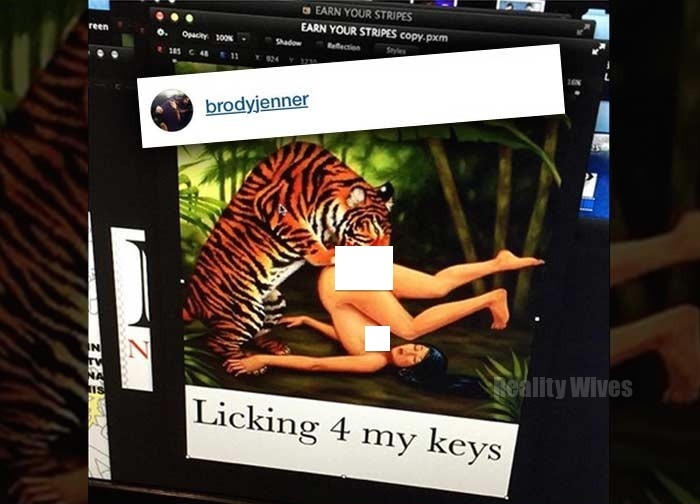 via TMZ:
Brody Jenner used a porntastic image to send a message to Tyga — quit banging my 17-YEAR-OLD sister, Kylie Jenner — or so it appeared.

Brody posted the illustration this morning … of a tiger in the jungle licking the lady parts of a young woman with dark hair, who looks a lot like Kylie. The post includes the caption, “Licking 4 my keys.”

Most people assumed he was making some kind of commentary on Tyga and Kylie’s relationship — but Brody’s GF, Kaitlynn Carter, tells TMZ it was an innocent coincidence.

Kaitlynn says Brody’s friend has a t-shirt company and they were just looking for Internet memes to use on gear. She says Brody’s pal made up the “keys” caption, and the guys thought it was hysterical … but it had nothing to do with Kylie’s dating sitch.

As for why the post came down after a couple of hours — Kaitlyn says she told Brody it wasn’t funny … so he deleted it.