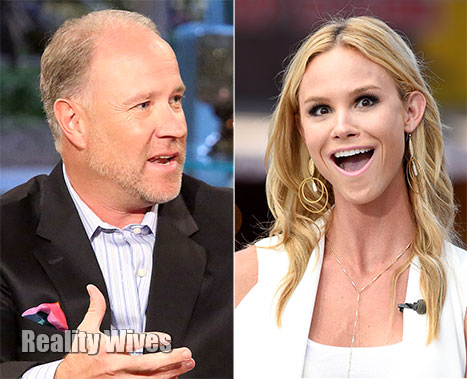 Brooks Ayers, ex-boyfriend of Real Housewives Of Orange County, Vicki Gunvalson’s has a few choice words for the cast members in his interview, Brooks Tells All.

As we previously reported, Brooks has lied about seeking cancer treatment at the City of Hope hospital in Duarte, California. The cancer center treatment facility confirmed on Tuesday 10th November, that there was never a patient by the name of “David Brooks Ayers” in its records and he was not treated for cancer.

Meanwhile, conveniently, Brooks had an interview which was taped a few weeks ago.

Brooks words to Meghan Edmonds and Tamra Judge, “F*ck off! How about that?” I’ve forgiven her [Tamra] for all the hurt that she’s caused but I haven’t forgotten, nor can I. It’s not about you and your doctor visits and doing all of this research. It’s about me being healthy.”

Vicki sat down for an interview with Extra and said of Brooks, “this man is sick. I hate him with everything in me, and I don’t hate people, but I believed him. I trusted him, I defended him. [I] took a bullet for him when people didn’t like him,” and to a twitter fan, “I don’t talk to him nor will I ever speak to him again.”

Real Housewives Of Atlanta | Season 8, Episode 2 Preview “Duking It Out”