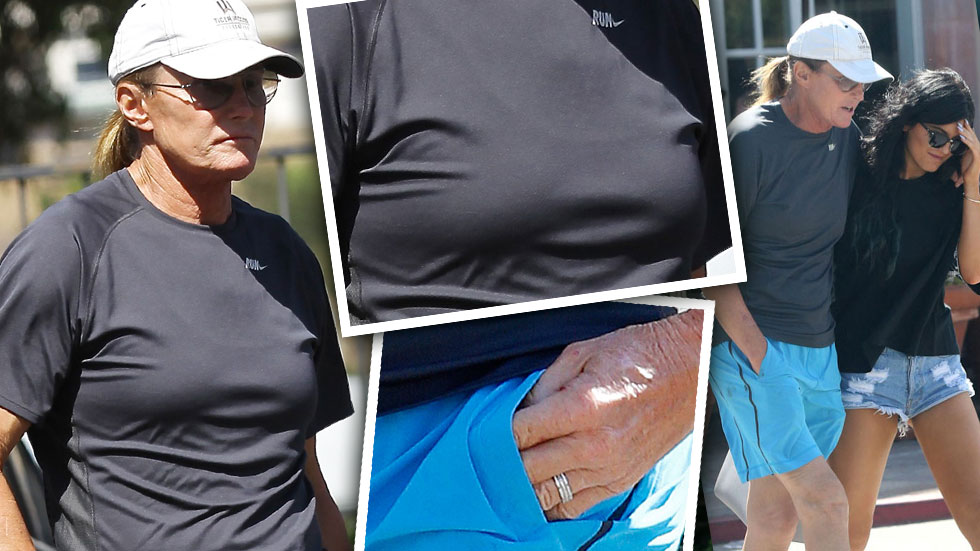 Bruce Jenner spent time with his youngest daughter Kylie Jenner in California but photographers captured what appeared to be a sports bra underneath his tee shirt. The photos come after Bruce and Kris Jenner announced they were officially divorcing with both seeking joint custody of Kylie who is the only child under 18-years-old. Bruce’s undergarment choice comes just weeks after he was photographed wearing what appeared to be Spanx underwear. In February, the reality star underwent an Adam’s Apple shaving surgery which is usually the first step in gender reassignment surgery. At the time, Bruce said it was something that always bothered him. 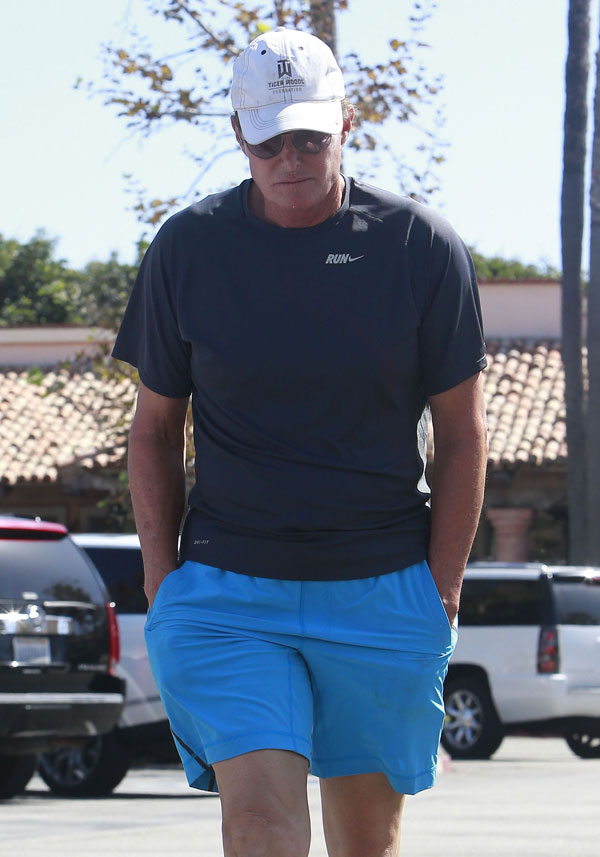 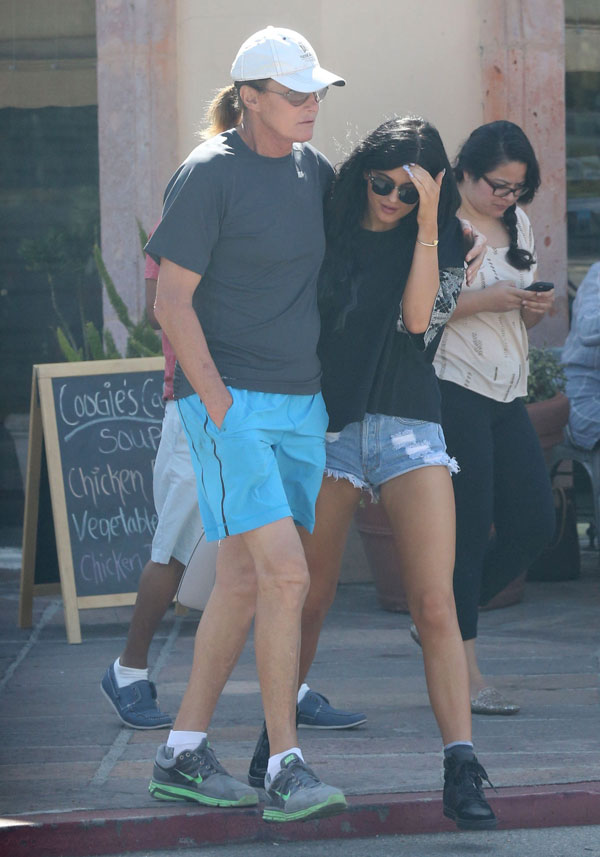 In the past, Bruce has also undergone a face lift while recording the family’s show Keeping Up With The Kardashians. Do you think Bruce is trying to become a woman? What are your thoughts? Post your comments below.