No Camille Grammer For Season 3! 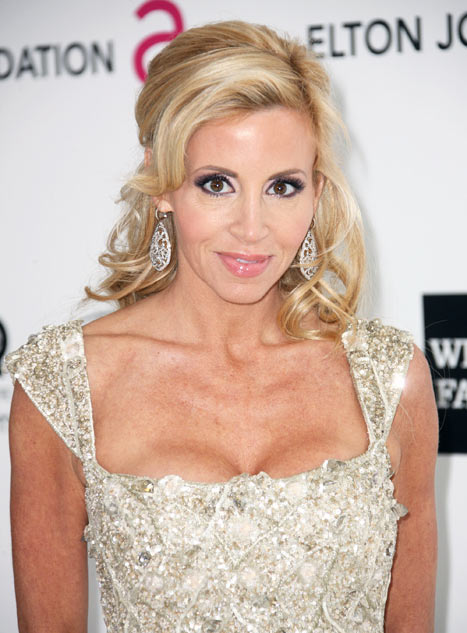 Credit: Frederick M. Brown/Getty Images
Camille Grammer, 43, will not be returning for season three of the Real Housewives of Beverly Hills, according to an Us Weekly source. “She just doesn’t want to expose her personal life anymore.”

We have already seen the worst of Camille’s life unfold on television; The crumbling of her 14 year marriage to actor Kelsey Grammer (he gave Camille the reality show as a parting gift), they went through a ugly court custody battle for their children Mason and Jude recently, and have now reached an amicable agreement and of course her on screen fights cast-mates with Kyle Richards and Taylor Armstrong.

On season 2 we saw a mellow and calm Camille, and now that she is dating hunk Dimitri Charalambopoulos, she had apparently decided to cut all ties with the show. Or was that part of the custody agreement?

Camille we will miss you! What do you think?

More in Real Housewives Of Beverly Hills (606 of 794 articles)