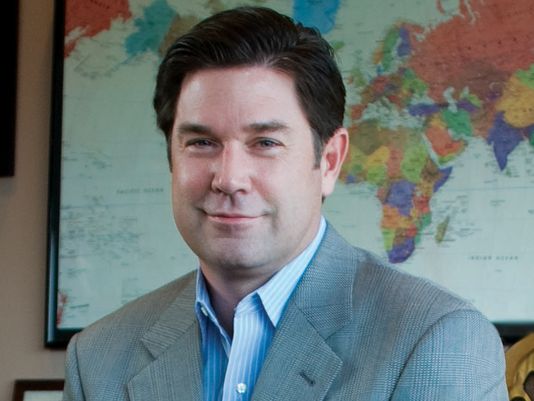 The CEO of Detroit-based advertising agency Campbell Ewald, was fired today, following news of a questionable e-mail that had been sent by a staff member and the loss of several high-profile accounts.

The terse announcement from the Interpublic Group, the agency’s New York-based parent company, said Jim Palmer‘s termination was effective immediately, and the organization’s leadership would be assumed by Kevin Wertz, the agency’s president.

No reason was given in the statement for his departure.

But the two-sentence statement fell on the heels of a report from industry trade publication AdWeek about an e-mail that some within the company felt was racist. It was sent in October, the report said, and invited staffers to participate in something called “Ghetto Day.“

“Please share with the teams that today is officially Ghetto Day in the SA, and we’re inviting our Big D homebitches to cycle in and pop a freak with us,” the e-mail said, according to the AdWeek report. “Ghetto music, Malt 45s at lunch, and of course, drugs and prostitution are legal all day until close of business. Word, my cerebral gangsters.“ 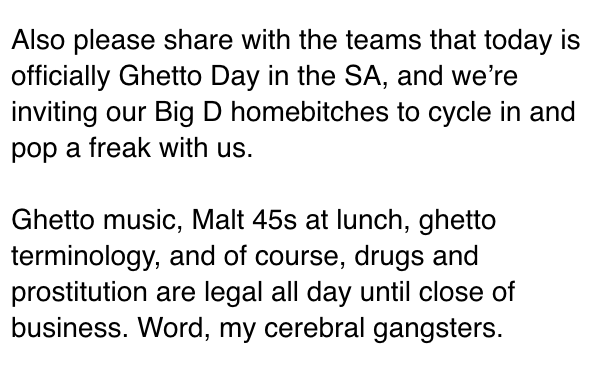 In the past few years, the agency — which has had a significant reduction in the number of people it employs and moved in 2014 from Warren to Ford Field in Detroit — also has lost key, high-profile accounts, including Chevrolet, the U.S. Post Office, and the U.S. Navy.

Founded in 1911, the ad agency known as Campbell Ewald has long been a mainstay of the Detroit advertising world. Merged by its parent owner Interpublic Group in 2013 with the Lowe ad firm, the agency then known as Lowe Campbell Ewald moved from its long-time home in suburban Warren to downtown Detroit in January 2014, taking up space in the Ford Field complex. The addition of 500 new employees contributed to the recent revival of downtown and filled up space in the old Hudson’s warehouse portion of Ford Field that had been awaiting a tenant for several years.

Interpublic — a holding company for several advertising and marketing agencies globally — prides itself on creating a diverse and inclusive workplace.

“Interpublic group is increasing diversity and forging a culture of inclusion,” the company touts on its website. “For us to compete effectively, our workforce has to reflect the world’s changing demographics and more important, its changing marketplace.”

Palmer, who was named Campbell Ewald CEO in 2013, worked for the agency for two decades.

Andrew Alemao Threw Tomatoes At Donald Trump, Every Delegation Is Claiming Him