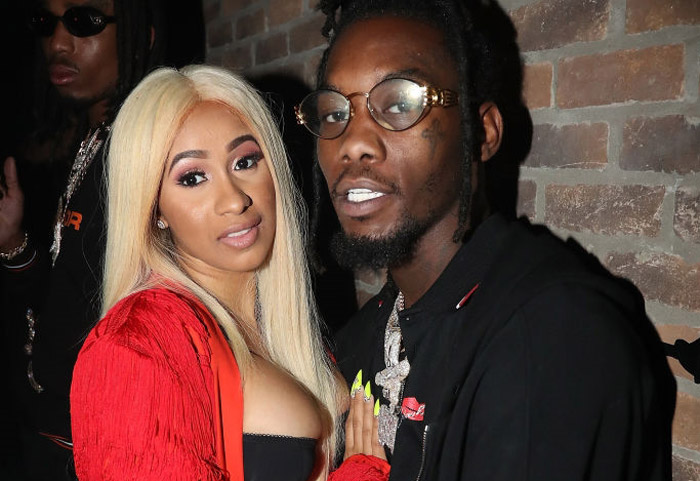 Belcalis ‘Cardi B’ Cephus left her husband Kiari ‘Offset’ Cephus, the couple were only married for 11 months. The Cephus’ recently welcomed their first child together a daughter Kulture Kiari Cephus, who was born on the 10th July, 2018.

Cardi left their marital home last night without him knowing a thing. She packed up all her belongings and left with their newborn baby daughter.

She posted this early this morning, which was a subliminal message to her husband. 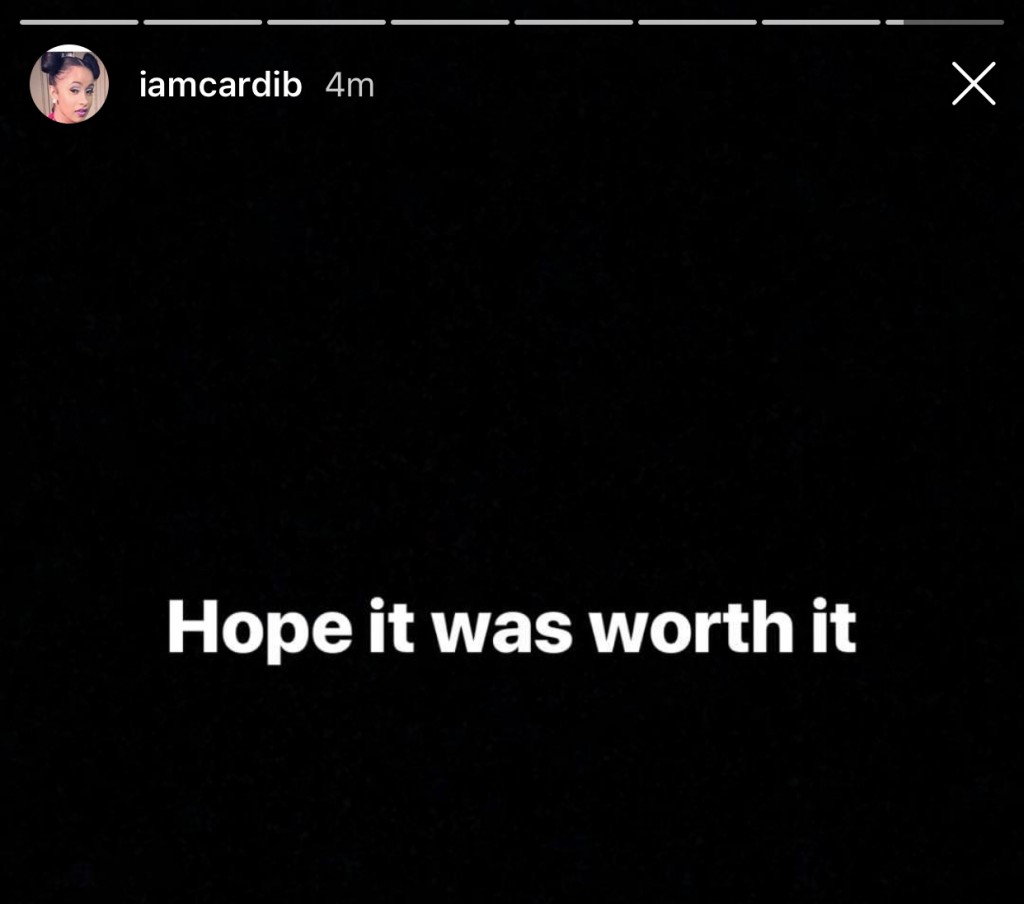 Cardi left Offset due to him cheating on her multiple times, he allegedly never stopped cheating on her, before, during and after their marriage and pregnancy, (rumor is he has another child on the way), he consistently disrespected her. He has been flying women out for his tours and sex for a while. Cardi got fed up.

He was also charged with possession of marijuana (one ounce or less) and an improper lane change.

Cardi wants better for herself and her daughter and wants a positive role model father in her daughter’s life. We wish Cardi and Kulture the best.