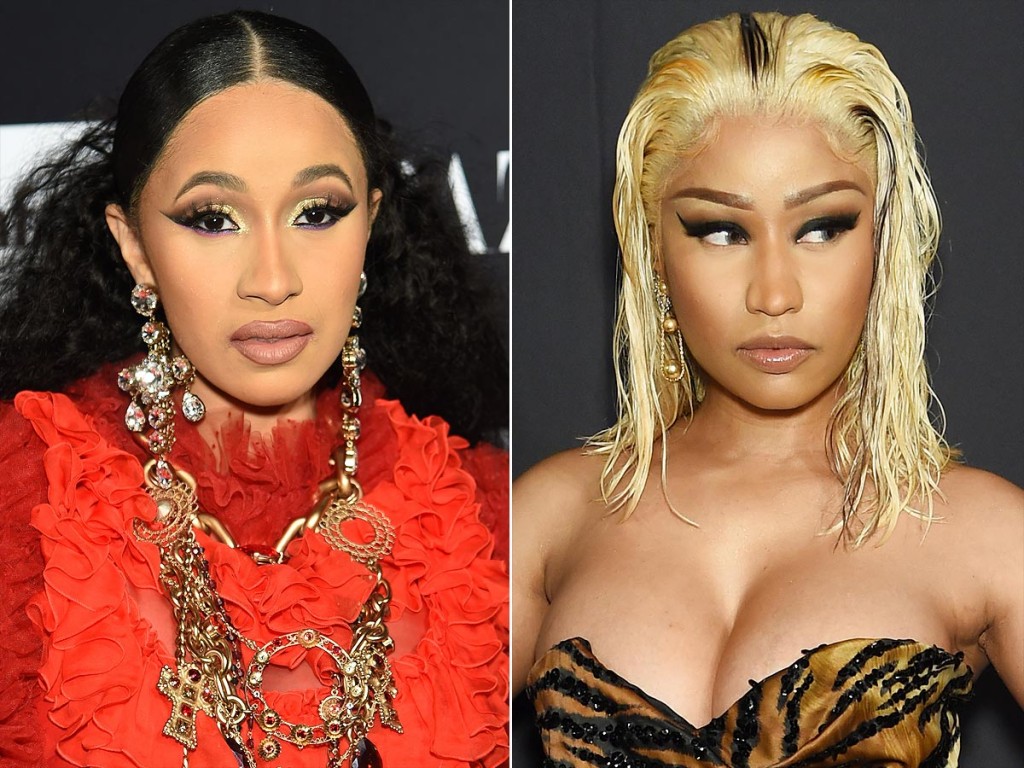 Cardi B has no regrets about throwing a shoe at Nicki Minaj at a NYFW party this weekend. She would even throw a shoe again if the chance arose.

Sources close to Cardi B claim that the reality star and ‘rapper’ feels no remorse about her embarrassing behavior with Nick. The sources claim Cardi was defending her daughter’s honor after hearing Nicki allegedly liked a comment on social media which brought into question Cardi B’s parenting skills and she would still throw her shoes at Nicki, if she had to do it all over again.

Cardi B thinks Nicki has some nerve saying she needs an intervention, when Nicki is the one who riles people up on a daily basis. Nicki denied saying anything about Cardi B’s baby on Queen Radio. Cardi B says that’s alie.

Nicki also warned Cardi would “die” if she continued to attack people while stating the brawl was mortifying and embarrassing.

Nicki to Cardi: "You put your hands on certain people you gonna die. Period. I'm not the b*tches in the strip club & love & hip hop. My money is very f*cking long." #QueensRadio pic.twitter.com/LaI6Zblc01