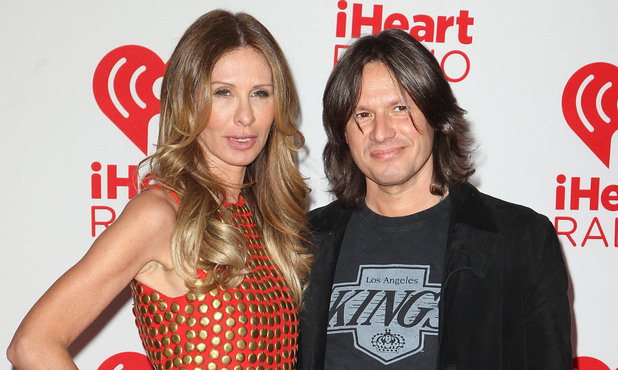 Real Housewives Of New York star Carole Radziwill split up from her rocker boyfriend Russ Irwin last February and he gives an interview about their relationship and reveals what ultimately led to their tumultuous breakup.

Russ a musician has been on the road touring with Aerosmith, Sting and Bryan Adams for the past 17 years, tells Radar Online, said that he wanted to marry Carole after dating on-again-off-again for three years but she said no.

He tells of his feelings to Carole:

“When I was with Carole, I truly loved her and wanted to be with her, but it got to a tipping point. We wanted different things. It was obvious it wasn’t going to last. I told Carole, ‘I’m in love with you. I want to settle down, get married and have a family and I want to do it with you.’ But her response was, ‘I never want to get married again.’ It’s sad because we had such a special bond. She wanted an open relationship, which I never wanted. It’s ironic. She wanted to date other people. She wanted her independence and didn’t want to be tied down to someone she had to check in with every day.”

Irwin admitted he was willing to move and change his life to be with her, but she shut down all talk about their future together.

“She and I could have made it work, but I think she was really just afraid of being hurt again. Every time we got more intimate, she found a way to sabotage the relationship,” he revealed. I suppose her catharsis was writing her book A Widow’s Guide to Sex and Dating. Mine was writing an album, in particular, the song ‘So Close to Heaven. The one lyric ‘I’d give up this song to get back to you,’ reflects how I felt about her. When you’re on the road, you sacrifice a family life for your career. So when I was with Carole, I truly loved her and wanted to start a family with her. I would have made sacrifices to be with her, but ultimately, it didn’t work out.”

Russ claims he is still cordial with his Carole.

“I support her and care about her very much. I wish her nothing but the best.” he said. He says all this while speaking to Radar, that sounds cordial. Lol. What are your thoughts? Post your comments below.