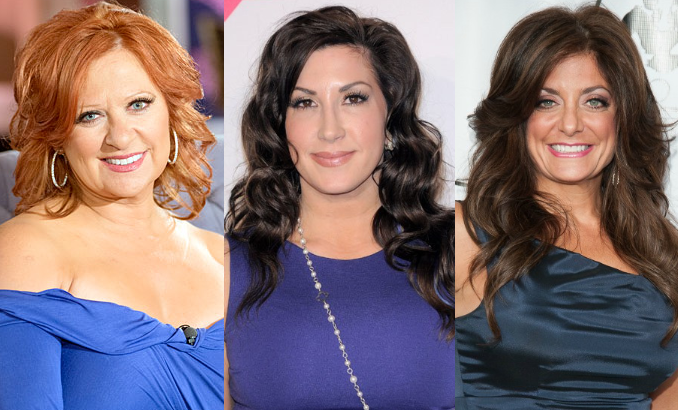 Caroline Manzo, left, everyone’s favorite advice guru and Italian mother, is ready to say goodbye to the Real Housewives Of New Jersey. After five drama-screaming-immature-filled seasons Caroline, 52, will not be returning for season six, according to the rumor mill.

Caroline along with sister-in-law, Jacqueline Laurita and former friend and honorary family member Teresa Giudice are the only originals left. Now with Caroline gone,

The married mother of three was one of the original cast members on RHONJ when it debuted in 2009. It is also reported that Jacqueline Laurita, center, has been fired, while Kathy Wakile has being downgraded to a “Friend of the Housewives”. Also a new full time housewife is joining the cast. Allegedly someone we have seen before.

Caroline has her spin-off, a first for a RHONJ cast member as she’s taping the pilot for, Manzo’d With Children. The project will follow Caroline and her family that includes her husband Albert, daughter Lauren, and sons Albie and Chris, who have all been featured on the Real Housewives Of New Jersey, since it premiered in 2009. Caroline’s sister, Fran, who recently made an appearance along with her pet pig, will also be on the series.

The season-five finale of RHONJ airs on Sunday, 29th Sept. Season six of has not yet been confirmed. What are your thoughts? Post your comments below.