Chad Johnson has officially been charged with misdemeanor battery by the State Attorney for Broward County, Florida after allegedly headbutting his estranged wife Evelyn Lozada during an argument last month.

If convicted, Chad faces up to a year in jail. As we reported, Chad was arrested for domestic violence in Florida on August 11th after a fight over a condom receipt allegedly turned violent. Evelyn told police Chad headbutted her. Evelyn and Chad had barely been married a month. Evelyn has since filed for divorce, after 41 days of marital bliss, claiming their marriage had become “irretrievably broken.”

Chad is refusing to sign any divorce papers, insisting he’s still in love with her and tattooed her face on his leg. Chad was also dropped from the Miami Dolphins following his arrest. 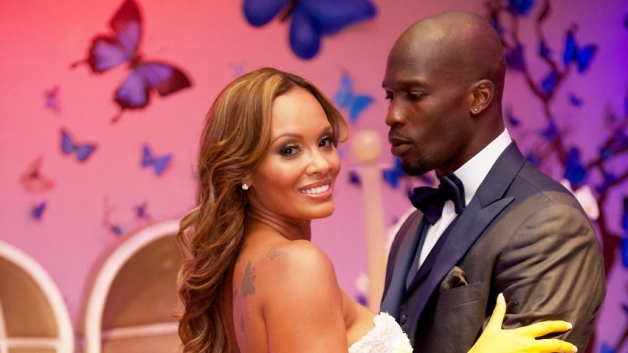 The fairytale is over