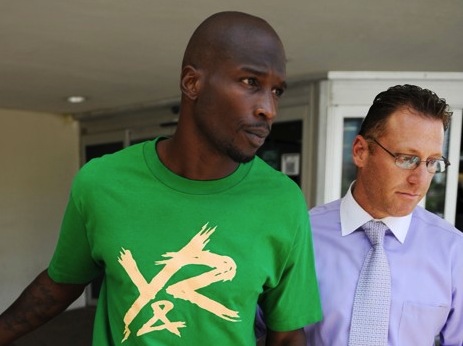 Former Miami Dolphins wide receiver Chad Johnson has cut a deal to avoid jail time for the alleged headbutting of his ex-wife Evelyn Lozada, according to TMZ.com.

TMZ’s report stated that Johnson agreed to be placed on probation and complete “extensive anger management counseling in exchange for either a guilty or no contest plea.”

Johnson was charged with misdemeanor battery after Evelyn Lozada told the police he headbutted her during an argument. Evelyn stated an argument followed after she reportedly found a receipt for a box of condoms and confronted Johnson about it which led to the fight. Evelyn has yet to respond to the fact she stated on national television that if he was going to cheat, to use condoms.

After Chad’s arrest, he was fired by the Miami Dolphins which was caught on camera by the HBO show “Hard Knocks.” Chad has also agreed to a no-contact order that would prevent the free agent receiver from talking to his ex-wife. The deal is expected to be approved by a judge on Friday.