Well that was quick! Chad Johnson and Evelyn Lozada are officially divorced. Kim Kardashian and Kris 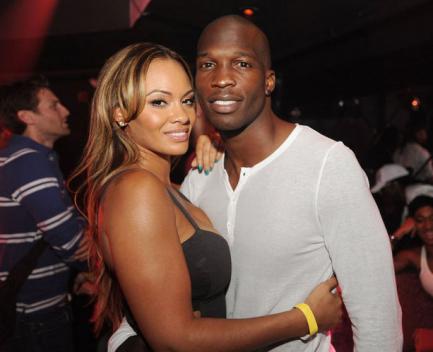 A judge in Broward County, Florida signed off on the divorce early this morning, just one month after Evelyn filed for divorce from Chad.

As we previously reported, Chad initially didn’t want to give Evelyn a divorce, he tattooed Evelyn’s face on his leg, wanted to reconcile and waited until last week before finally accepting the end of his marriage, submitting his own divorce papers.

But Evelyn claimed the marriage was irretrievably broken after he allegedly headbutted her in the forehead during an argument over a condom receipt she found in his car. Chad’s next court date is for his battery charge, to which last week he plead not guilty. I actually wanted to see their spin-off “Ev & Ocho”, I guess that show will never be aired. Post your comments below.