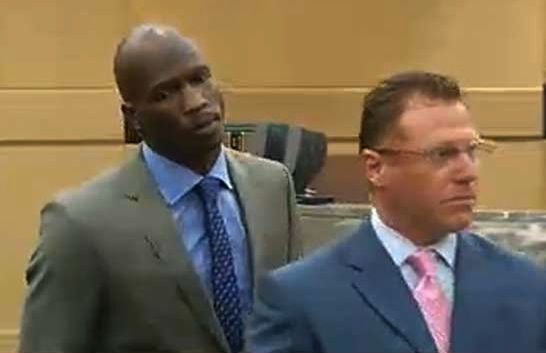 Chad Johnson will NOT spend a day in jail for allegedly headbutting his ex-wife Evelyn Lozada last month. Chad was sentenced this morning. Chad was in court this morning for his sentencing, where he pled “no contest” to a charge of domestic battery, stemming from the violent August 11th argument with Lozada over a condom receipt.

In exchange for the plea, Chad escaped a jail sentence, but was sentenced to 12 months probation and ordered to enroll in a batterers intervention program.

The judge also issued a no-contact order for the duration of his probation, blocking Chad from contacting Evelyn in any way, which means – no email, no Twitter, facebook, smoke signals, NOTHING! Chad was also ordered to pay restitution, but the amount won’t be determined until next week.