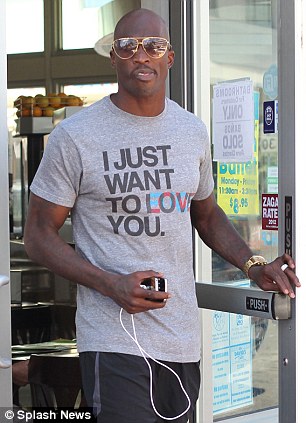 Chad Johnson entered a not guilty plea to misdemeanor battery, this morning, on behalf of his lawyer. Chad was not at the hearing.

If convicted, Johnson faces up to a year in jail.