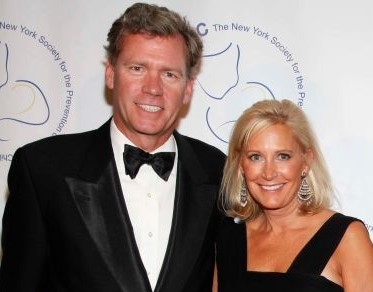 Eight years after he was caught cheating on his wife, To Catch A Predator host Chris Hansen’s wife of nearly 30 years, Mary Joan Hansen filed for divorce on the 5th June, 2018.

In court documents, Mary Joan claimed “the marriage has broken down irretrievably.”

She requested alimony, and “a fair division of property and debts.”

The divorce is ongoing, the pair met for mediation talks to work out “financial disputes” on the 15th January, and will return to court later this month.

The couple have two adult children, so there is no discussion for child support or child custody.

Chris’s week is getting worse, he is getting evicted from his home in Manhattan.

Chris last paid rent in August 2018, but was $400 short, and stopped sending checks after that. So, the owner of the home went to court in October and filed paperwork to have Chris evicted.

In the eviction documents, the landlord says Chris owes $400 for August, plus $3,600 for September.

Chris was ordered out of the apartment last week by a judge and given 10 days to vacate. The official eviction day is Friday, and city marshals are set to perform removal services then.

And to add insult to injury, Chris Hansen was arrested a few days ago for bouncing checks.

He was arrested Monday in Stamford for larceny. Police say he failed to pay a local vendor nearly $13,000 for items he purchased in 2017 and allegedly gave the business owner a sob story paying with 2 bounced checks.

According to Stamford PD, Chris bought 355 mugs, 288 t-shirts and 650 vinyl decals from a mom-and-pop shop in town for marketing events he planned to attend. The owner says the goods were delivered, but Chris failed to pay on the $12,998.05 bill.