A Cleveland, Ohio, bus driver Artis Hughs, dealt quite the blow to a woman who apparently had been taunting him during a ride, delivering an uppercut punch directly to her jaw.

The Greater Cleveland Regional Transit Authority (RTA) is currently investigating the fight between a male bus driver and a female passenger after a video of the driver throwing an uppercut and tossing the woman off his bus, Fox 8 Cleveland reports.

The video, recorded by a fellow passenger, was posted on WorldStarHipHop.com and YouTube and began going viral on Reddit before it gained national attention.

It is unclear what the two first began fighting over, but the female can be heard threatening to fight the driver. The driver then

says he will get his daughter and granddaughter to come down and deal with the 25-year-old woman, who then tells him to bring along his “mammy,” the International Business Times notes.

The woman approaches the bus driver, and the driver rises from his seat and hits the young woman before throwing her off the bus.

“She want to be a man, I’m gonna treat you like a man,” the driver announces to the screaming crowd.

New information has been released, identifying the bus driver as Artis Hughes and the female passenger as Shidea N. Lane. According to the police report, obtained by Cleveland.com, Lane allegedly got on the bus driven by Hughes without paying, claiming she forgot her backpack. She proceeded to ask “Are you putting me off the bus?” and “Is this how you treat people in Cleveland?” Lane eventually paid and called Hughes a “b*tch.”

The two got into a verbal argument, according to the police report, and Lane reportedly proceeded to grab Hughes’ throat, spit in his face and strike him with her fist. 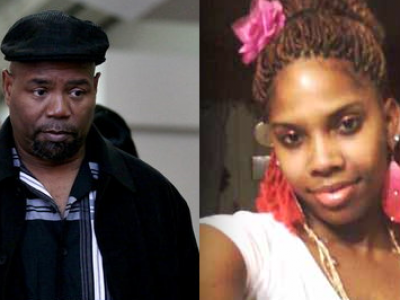