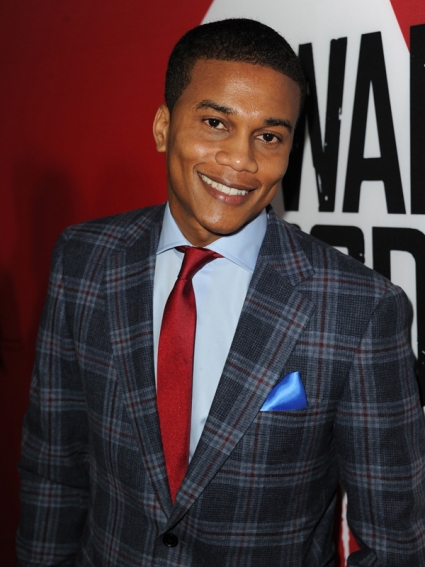 Cory Hardrict speaks to Ok Magazine about his work, wife Tia Mowry, working with Amanda Seyfriend and his guilty pleasures.

OK!: Your new movie Warm Bodies is released on February 1 – why did you want to be a part of the project?
Cory Hardrict: When I read the script it was a no brainer: a Zombie-human love story, a lot of action, and fighting zombies! I am a big fan of The Walking Dead, I thought this was the next level by far!

OK!: You are also in the upcoming film Lovelace – because of the subject matter was it a big decision on taking the role?
CR: No, because it is an iconic story and I was even more excited once I heard Amanda Seyfriend and James Franco were starring. I really wanted in on this special project!

OK!: You’ve been an actor over 15 years now and it has been a slow but steady race for you – how have you kept the motivation going?
CR: By never forgetting that promise to my mother who’s resting in heaven: to never give up, always focus on the vision and not circumstance, and of course, win an Academy Award.

OK!: What’s the best piece of advice you’ve been given regarding being an actor?
CR: The great Clint Eastwood once told me, “Never worry about what your gonna get, just show them what you got!!”

OK!: How do you manage juggling fatherhood with your career?
CR: Just like life: you survive and live day to day with routines. My son is my routine and priority, period!

OK!: What’s the best thing about being a father?
CR: Seeing my baby smile, laugh and hug me is the best feeling ever!

OK!: Are you planning to have more kids soon with wife Tia Mowry?
CR: Yes we want a girl so bad…I can’t wait, but we will be happy with healthy whatever the gender!