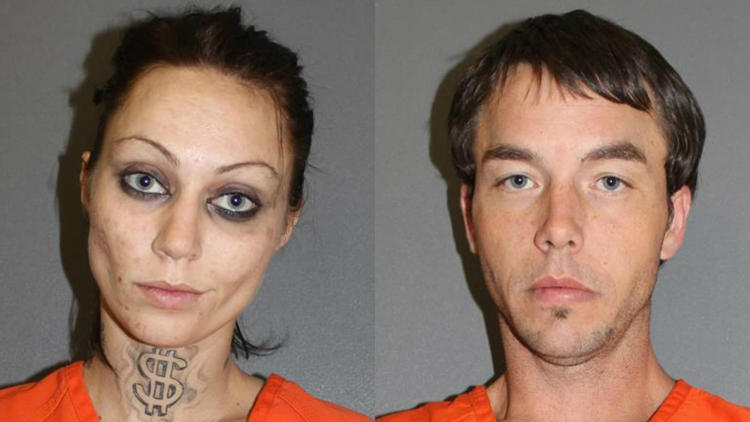 Cops found feces and copper pads used to smoke drugs inside the closet at the Marine and Environmental Science Center at Daytona Beach State College. Amber Campbell, 25, and John Arwood, 31, were “freed” and then arrested. They told police they were chased into the closet on Sunday, but did not call for help until Tuesday. Police, who found the closet by tracing their call, said the door was NOT locked. The two were charged with trespassing.

via Orlando Sentinel:
A man and a woman thought they were trapped in a Daytona State College closet for two days until police let them out Tuesday – and found out the two could have opened the door themselves.

John Arwood, 31, and Amber Campbell, 25, claimed they were chased into the closet on Sunday, Daytona Beach police said.

Officers tracked his phone’s location and let him and Campbell out. It’s unclear why Arwood didn’t call 911 until Tuesday.

A police officer, trying to figure out how the two could have gotten locked in, went into the closet and closed the door, police said. The door did not lock.

Officers did not find drugs in the closet, police said.

Arwood and Campbell were charged with trespassing. Campbell was also charged with violating her probation, which she was given after resisting arrest in 2013.

Arwood’s criminal record includes five prior jail sentences in Florida since 2000 for offenses including armed burglary, possession of more than 20 grams of marijuana, and fleeing law enforcement.

Arwood’s criminal record includes five prior jail sentences in Florida since 2000 for offenses including armed burglary, possession of more than 20 grams of marijuana, and fleeing law enforcement. 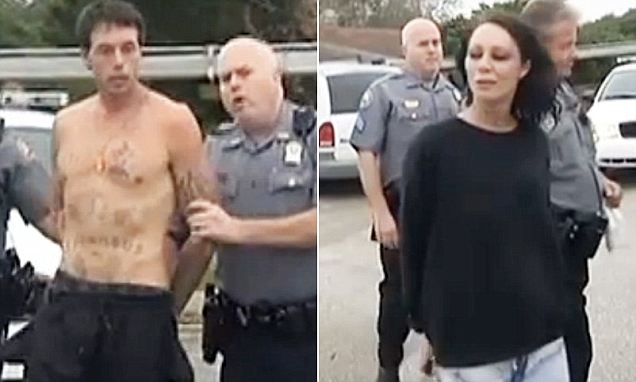