via NY Daily News:
A couple crudely mocked the choking death of Eric Garner on live TV, just hours after a grand jury failed to indict a cop in the case.

A couple wandered into a New York City reporter’s live broadcast and crudely reenacted the choking death of Eric Garner while swarms of protesters rallied nearby.

As she explained that roads around the tree were shut down to keep protesters out, a couple walked into the frame. Noticing they were on live TV, the man wrapped his arms around the woman’s neck, mimicking the July chokehold death.

The woman put her hands up — just like Gander did before he was wrestled to the ground.

In July, Officer Daniel Pantaleo put Garner, a married father-of-six, in a chokehold outside of a beauty supply store. Minutes later, Garner stopped struggling and appeared to be unconscious.

Do you know this couple? If so, email us at nydntips@nydailynews.com 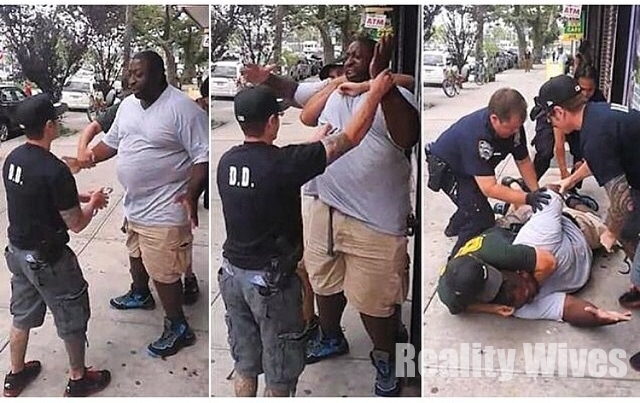