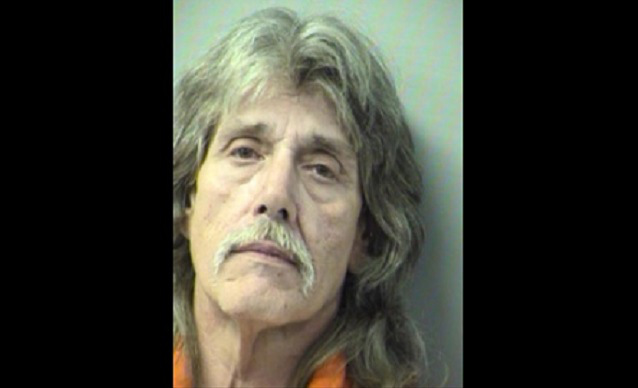 54-year-old Lee Vern Cook was arrested on Christmas Eve after taking crack cocaine into the Intensive Care Unit at North Okaloosa Medical Center to share with a patient there. How nice this crackhead wanted to share during this festive time of year.

Unfortunately a fire broke out at 3:43pm, as the patient, who was on oxygen, tried to smoke the cocaine from a homemade smoking device, according to a media release from Crestview Police Department.

Mr Cook was transported to the Okaloosa County Jail, where he is in currently being help, after being charged with possession of a firearm in the commission of a felony, arson, possession of a controlled substance (5 counts) possession of drug paraphernalia, with the possibility of additional charges.

Police Statement:
The City of Crestview Police Department announces the arrest of Lee Vern Cook on a variety of charges stemming from an incident at North Okaloosa Medical Center this afternoon.

Cook admitted to bringing “crack cocaine” into the ICU unit of NOMC so that he along with a patient could smoke the drug together. A fire broke out while the patient was attempting to smoke the cocaine from a homemade smoking device. The patient was on oxygen which caused the fire to start quickly, the only property damage was contained to the bed linen and the gown the patent was wearing along with the oxygen mask. The patient is being transported to a burn unit as a result of the burns he received.

There was no evacuation of patents or staff from the ICU area. Cook also admitted to bringing a loaded firearm into the hospital and lead Officers to the location where he had left it in a bathroom after the fire. The incident is being investigated by Crestview Police Department, Crestview Fire Department and the State Fire Marshalls Office.