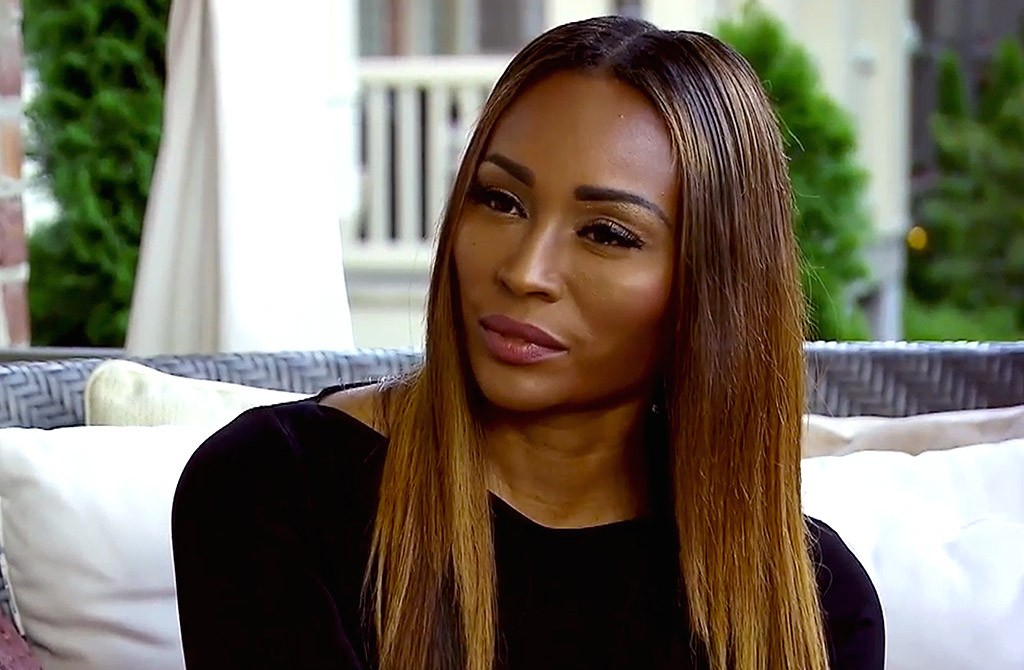 Real Housewives Of Atlanta star, Cynthia Bailey, tells us the status of her marriage.

“The status of our relationship is we are not in a good place. Peter is in Charlotte, and as you can see, I’m in New York. We’re definitely not together. I have been taking some time for myself to just kind of figure out how I would like to move forward. We haven’t officially done anything at this point, but we are definitely talking about taking steps to officially move forward in a different direction.”

About the infamous video where Peter was caressing a woman
Cynthia said that she and Peter were having problems way before the video was released and it, “didn’t help the situation.”

“In terms of the video, it was just embarrassing and just unnecessary and reckless on his part. And that’s part of the issue that we have as, you know, I feel like as husband and wife, you have to protect each other. Something like that, in his mind, was small, but it was huge to me, because it just lives on, and I’m always having to defend it and defend him. And it’s not my stuff. He did this. Why do I have to be stuck with defending it?”

Has Peter Cheated On Cynthia?
“I’ve never thought that Peter has cheated on me. I don’t believe. And that doesn’t mean it’s not true. But I just don’t believe when I was seeing [the video]. Now I don’t know about today. That’s a whole different situation. We’re not talking that much now. When all that stuff was out there, I never believed that he actually cheated on me.”

On Porsha Williams Allegations About Peter’s Cheating
“I think it’s kind of almost weird at this point that Porsha has so much time to focus on my relationship with Peter. It’s one thing to just kind of throw out there one thing that you want to say or what you think, but it’s been like a couple of years now that she’s been kind of running with the Peter cheating rumor and with no evidence, that I have seen, to back any of it up. Like, it’s not her life, it’s not her marriage, it’s not her husband. Why does she care to this degree?”

“She should probably get some new material, especially since it doesn’t look like we’re going to make it.So I don’t know what she’s going to run with going forward. That part of her mission is gonna be over soon.”

What does Peter think?
“When someone tells you that they have you between a rock and a hard place, I don’t think that they understand that both surfaces are hard, so you’re gonna come out swinging. I’m fighting, baby.”