Dana Wilkey the boisterous, poser of many riches and oft misunderstood has moved on. Her then fiance and father of her son, cheated on her and shut down her website. Tsk tsk John Flynn, how childish to be so uncouth to the mother of your child. No I will not be posting a picture of your mug. John Flynn you are officially a non mother f—–g factor. Buh bye.

Dana is on to bigger and better things, she is running a business and was kind enough to send me a batch and I mean a big batch of her energy drink, Thin Shot to try out. I’m not a fan of any energy drinks taste, but was amazed by the non-crash effect and low amount of caffeine, my friends actually grabbed a handful and loved it too! Thanks Dana!

Dana is also now dating Irish business man Philip Marley. Does he have a brother Dana? 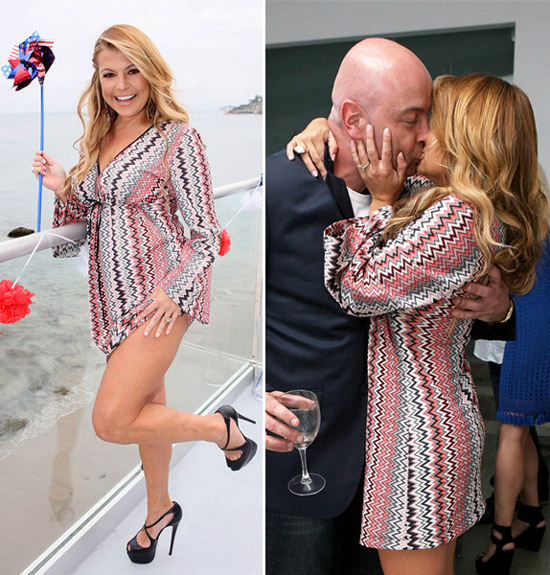 Here Dana and Philip celebrate Independence day at her Malibu home. You will always have my support Dana xoxo

More in Real Housewives Of Beverly Hills (613 of 807 articles)