The Abby Lee Dance Studio competes in the Energy National Dance Competition in Chicago. Abby selected Zombie Dance for the group number. She told her students they walked in the studio just as sluggish and boring as you walked on stage with zero energy so she assigned them a dance to reflect their energy. The last time Abby Lee Dancers were in Chicago they lost! Abby’s career and reputation is on the line.

Maddie was placed on the bottom of the pyramid. Maddie ran off stage when she forgot her routine in New Jersey. Since then Maddie has lacked confidence to perform her solo. Abby told Maddie “When opportunity knocks open the door”. Melissa refused to let Maddie perform her solo during the last competition. Melissa didn’t feel she was ready. Abby told Maddie’s her behavior was unacceptable for a nine year old, as she sat crying in the audience as her name was called. Next up Mackenzie, Abby told her she was given a winning routine yet she placed 10th in the competition and she doesn’t do 10th. Abby told Brooke she needs more personality and she concentrates so much she screws up the dance. Nia, showed more responsibility and Abby didn’t have to hear her mouth all day long earned her second place. Chloe was at the top of the pyramid for the second time for her outstanding solo performance!

Abby assigned Kelly the task of taking Paige’s prop (a chair) home to put rubber stoppers on the bottom. Holly, no longer working, was assigned the task of being in charge of designing the costumes for the group dance.

During rehearsal Abby ask Paige to get her prop. When Abby touched the back of the chair, black marker was on her hands and no rubber stoppers were on the bottom of the chair. Abby knocked the chair over! Saying there, I fixed it. Kelly put her middle finger up! Abby asked Paige doesn’t that embarrass you, truck drivers do that. Kelly told Abby she worked all day on costumes, while she was down the road eating! “That’s why your so fat, stop eating!” I’m doing your work. Abby told Kelly you were a mean girl at 12 and your still a mean girl. Kelly, told Abby good luck paying your bills without my tuition! Kelly walked out of rehearsal Paige followed, crying “I don’t want to leave!”

Kelly asked Melissa if she is to blame for Maddie and Mackenzie being at the bottom of the pyramid, since she no longer works for Abby at the front desk. Melissa told Dance Moms she no longer has the time to work for Abby. Although she misses working for her and gets daily calls from the staff. Melissa feels Abby doesn’t need her any more. Kelly told Melissa she blames herself for Brooke and Paige being on the bottom of the pyramid.

Melissa asked Abby for a private for Maddie and Abby took the opportunity to find out what was going on with Maddie. After the private Melissa told Abby she loves her and it breaks her heart when Abby is disrespected. Melissa told Abby, Chloe rolls her eyes at her. Kelly acts like she’s friends with Christi but she’s not. Christi was taking Chloe out of class early to take her to the doctor and to the movies and thats why Chloe skipped dance class. Abby told Melissa don’t worry about these Dance Moms they don’t know their right foot from their left.

Kelly not wanting to deal with the chair issue decided to let her girls rehearse while she waited outside. Kelly and the Dance Moms worked as a group outside the studio to create distressed costumes for the Zombie Group performance.

Once the group boarded the bus headed to competition, Abby discovered Kelly was not on the bus. Kelly not wanting to deal with Abby decided to drive to the competition. Abby arrives at the competition Kelly has not arrived. Maddie asks Abby if she could talk to her in the hall. Maddie ask Abby if she can perform her solo. Impressed with her initiative Abby agrees to allow her to perform even though she not impressed with the expression on her face. Melissa had a talk with Maddie and encouraged Maddie to go out with a perky face. Abby informs the judges to enforce the rules if they call the dancers twice and they don’t come out on stage scratch them from the competition. She told the judges that she had not seen Paige and Brooke and to add Maddie to the roster she is doing a solo.

Kelly was upset that Abby didn’t look up from her computer to see Paige rehearse before the competition. Kelly wanted Abby to work with her girls on their solo. Kelly decided to pull her girls from the competition not wanting to represent Abby. When the judges called Paige and Brooke’s name she would not let them go on stage. Holly told Kelly as friends she supported her decision whether she would let her girls perform during the group number. Kelly decided to let them perform she didn’t want to let the group down.

Chloe knocked it out of the park and she owned the stage as she did an absolutely beautiful job. Chloe had confidence and decided to stop second guessing herself. During Maddie’s solo the CD skips on Maddie’s routine and she continues to dance her routine and does an absolutely beautiful job, she never missed a beat. The group performance was flawless with the acting, costumes, dance all coming together.

After the performance Abby’s looking at Kelly and can tell that her brain is tick,tick, ticking trying to come up with an excuse for not letting her girls perform. Abby told Kelly she was the first one in the hospital after her husband ran over her daughter’s foot and that her girls are lazy.

Melissa asked Abby if she cheated by having the CD skip during Maddie’s performance after the Dance Moms asked her the same question. 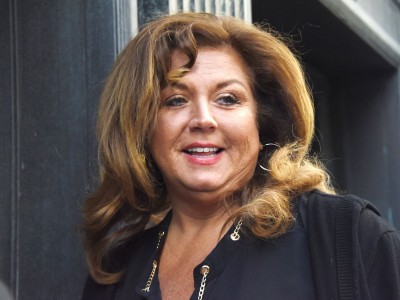 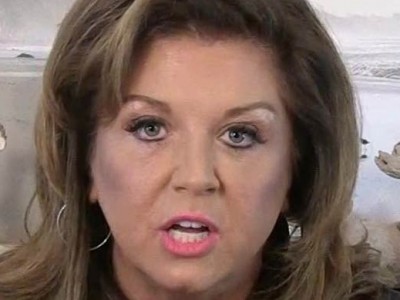