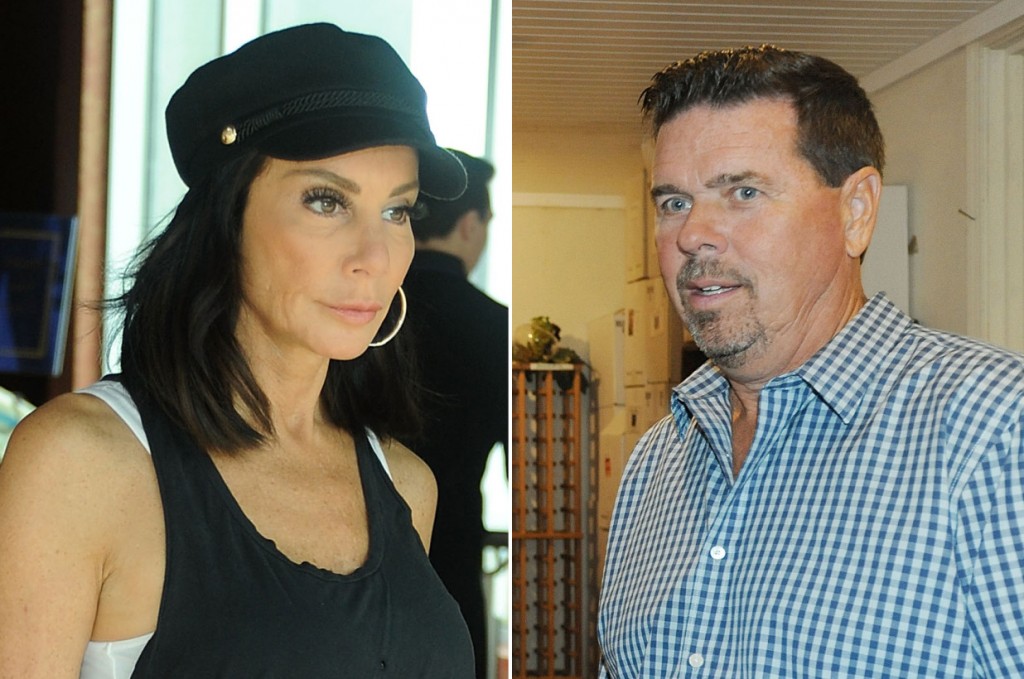 Real Housewives Of New Jersey Danielle Staub filed for a temporary restraining order against her husband Marty Caffrey after an incident at her home late Sunday evening.

According to the order Danielle said she arrived at the home and found that Marty had disengaged their garage door so it wouldn’t open. When the other two doors opened, “she found her husband standing in her garage. He appeared to be under the influence of alcohol, agitated and confrontational.”

She claimed that she wanted to avoid fighting with him, so she went straight to her bedroom. But “after hearing a disturbing noise in another area of the residence she walked downstairs and found Marty. Then she realized that several of her family portraits of her children and other sentimental framed photographs had been taken down causing her to be upset.”

We’re told that Marty called the police as Danielle, 56, went through the house to search for the photos, but when officers arrived, Danielle was the one to get the order as she “believes that Marty is attempting to tarnish her reputation and career by making repeated false reports to the media,” per the filing.

The order says that Marty, 66, was given 20 minutes by the police to gather his belongings at the scene.

Now, Marty must stay away and refrain from contact with Danielle and her two daughters and he is barred from NBC Studios at 30 Rockefeller Plaza and Monmouth University in New Jersey. Marty has exclusive possession of the home.

The order is valid until they are due in court on the 20th Aug.

The realit star married Marty in a Bimini beach ceremony in May. Their marital “difficulties” became public last month, with Caffrey releasing a statement to the media regarding his grievances with her on our Instagram post of their wedding pictures.