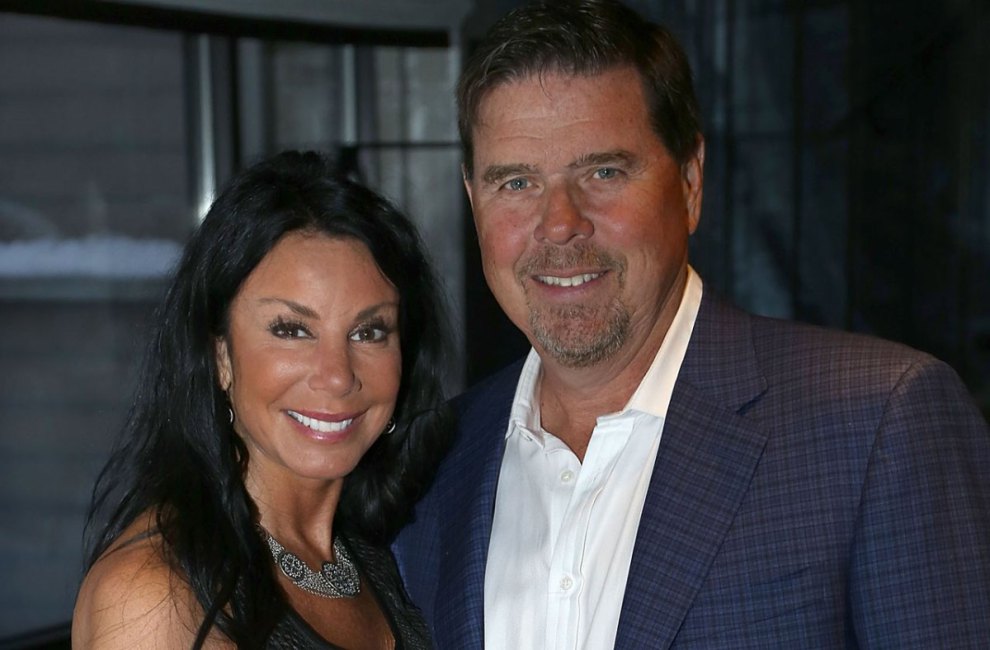 Real Housewives Of New Jersey guest Danielle Staub and husband Marty Caffrey have dropped their restraining orders against each other, but the divorce is still on.

Danielle and Marty appeared in Bergen County court on over their mutual temporary restraining orders, but they decided to drop their complaints.

Danielle, 56, first filed for an order of protection last Monday over an incident at her home late Sunday. She alleged in her complaint that Marty disengaged their garage door and hid photos of her daughters from her. She also reported that she “believes that Marty is attempting to tarnish her reputation and career by making repeated false reports to the media.”

Marty, 66, filed for his own order and gave his version of the incident the following day. He claimed that she threatened physical violence multiple times throughout their relationship.

Danielle retained legal counsel to represent her in the divorce last week after it was revealed that they were “having difficulties” in their marriage. They were married in May in front of Bravo cameras.

Marty kicked off this roller coaster short lived marriage by commenting on Reality Wives instagram with this ominous comment: 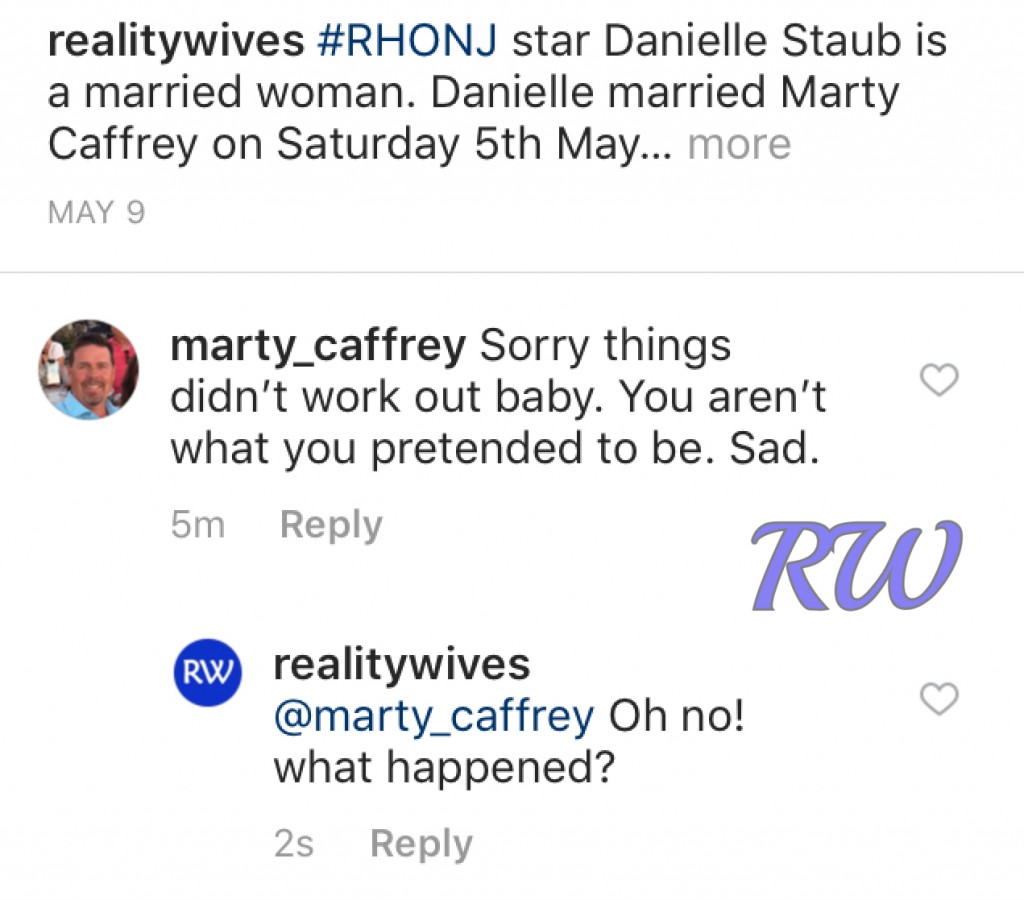