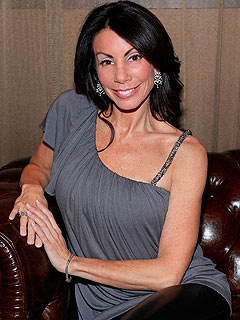 “I have addictions with love and low self-esteem, and I need help!” Staub, 48, says after photos of her dancing nude at Scores in New York appeared on the Internet.

“My low self-esteem derived from childhood sexual abuse has messed with my mind and self-worth, and over the years I thought about getting help but pushed it deep into the depths of denial,” she says. “For years I have had the suicide hotline on my cell phone and would like nothing more than to free myself from this constant pressure.

“Seeing how I have hurt myself and my family this time,” she continues, “I can no longer push it behind me.”

The reality star, who is currently working on a new show with Heidi Montag and Jake Pavelka, says she has “sought out” Dr. Drew Pinsky for assistance.

Staub says she was “coaxed” into signing the deal with Scores by her handlers, but adds, “I have to own my mistakes and can’t blame others.” She says she has since “walked away” from the deal.

What do you think?

More in Danielle Staub (5 of 7 articles)