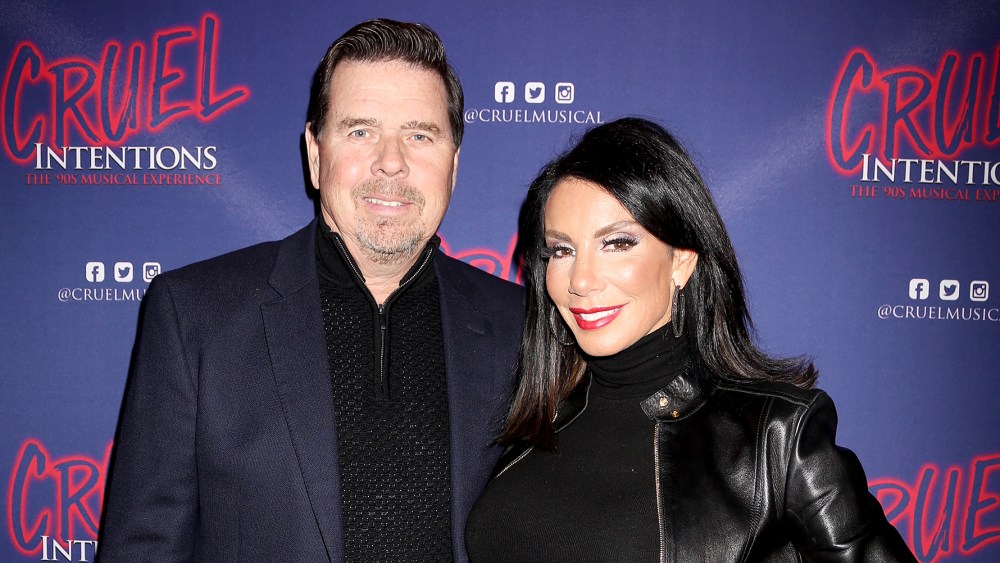 Marty, 66, talked about the couple’s tumultuous relationship in a statement three days after he made headlines for slamming Staub in a since-deleted comment on a Reality Wives instagram post. Hours later, he said that he will be divorcing her.

“Danielle typically looks to place blame at somebody else’s feet. It’s difficult for her [to] take responsibility for anything. Her birthday party was the tipping point. I was left completely in the dark. I wasn’t allowed to know who was invited. My family and friends were left out until the last minute only because I kept pressing the issue. There was no intention of including my family or friends. But I was expected to pay for it, which I refused to do.”

The businessman accuses Daniele of being “arrogant, disrespectful, presumptuous and entitled” and her allegedly “disturbing” behavior prevented him from attending her birthday party. 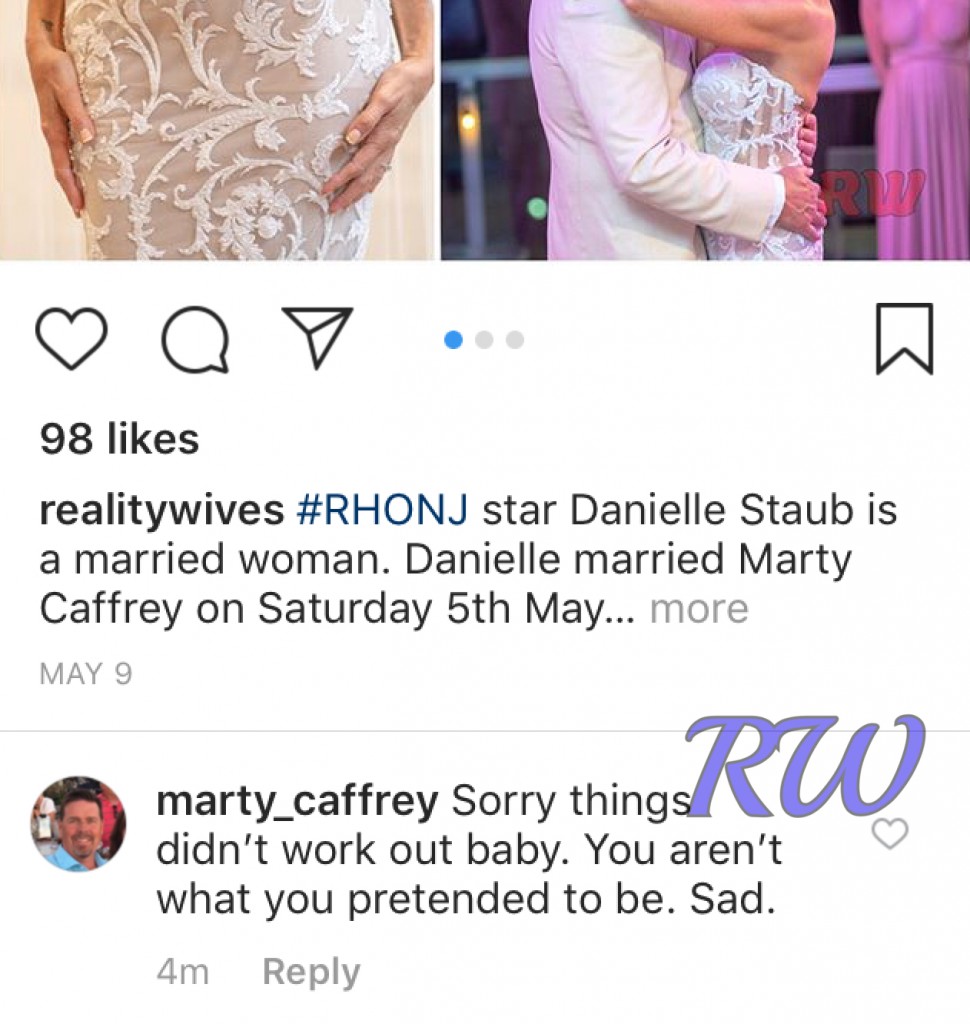 Marty also expresses his belief that Staub “didn’t like” his kids because of her role on the Bravo series. “But I chose Danielle. I kept on dating her, proposed to her and then married her. She won! But she offers no path forward to allow my children back into my life. Yes, I see them, but I do it alone and not with my wife. There has to be a middle ground.”

Marty does take responsibility for his part in the struggles throughout his two-month marriage to the reality star and Naked Truth author:

“I certainly have made some mistakes and I own them. Sometimes I have embarrassed her and for those times I’ve apologized and I will continue to do so. She, nor anybody else, never deserves to be treated poorly … I have many faults. I’ve often asked her to admit we both have 50 percent blame and we can go from there, but all we talk about is my 50 percent, which makes it 100 percent my fault.”

Marty is open to mending fences with Danielle if both parties are committed to working through their differences.

Danielle’s rep, Steve Honig, responded to Marty’s claims in a statement on Tuesday:

“Danielle is very disappointed that Marty spent time composing a three-page statement for the media but won’t sit down and talk with her about the situation. She is also disappointed that he seems much more concerned about press coverage than he does about his marriage.”