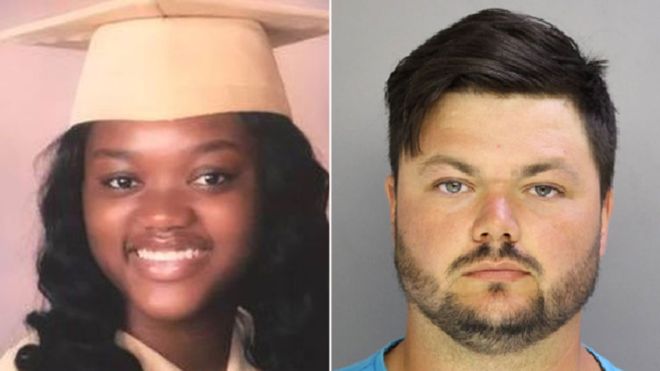 A 28-year-old man has turned himself in to police investigating a suspected road rage attack on a teenager shot dead in Pennsylvania last week.

David Andrew Desper surrendered to authorities on Sunday, accompanied by a lawyer, and was charged with first-degree murder.

Bianca Roberson, 18, sustained a fatal gunshot to the head in the attack.

The suspect is also charged with third-degree murder, possessing an instrument of crime and and reckless endangering.

Gunfire rang out last Wednesday during evening rush hour as Mr Desper’s red Chevrolet truck attempted to merge on to a lane in Chester County at the same time as Ms Roberson’s car, say officials.

Chester County District Attorney Tom Hogan said: “They jockeyed for position and he wasn’t happy so he pulled out a gun and shot Bianca in the head, killing her instantly.”

Ms Roberson’s car careened off the road and landed in a ditch, while the gunman’s car escaped “at a high rate of speed”, according to court documents.

Investigators do not suspect a racial element to the attack.

“This appears to be a savage, senseless and brutal act from one human being to another human being,” said Mr Hogan.

He is being held at Chester County Prison ahead of a preliminary hearing on 13 July.