via Fox 19:
Police say they have video of Heather Koon, 25, having sex with a baby. The video was found on Koon’s laptop.

“I still haven’t wrapped my mind around it. It’s every parent’s worst nightmare,” said the baby’s father, who wants to remain anonymous.

“They tried to act like it was a simple assault. A few hours later they called us back again and asked us to keep it discrete,” said the dad.

Police arrested Koon after checking up on her boyfriend, James Osborne. Osborne is listed on Lorain County’s sex offender website as living at another address. Police arrested him and confiscated a laptop found in the apartment. A police report shows it belonged to Koon and contained a video file of her “engaging in sexual conduct with an unknown infant”.

Police had to figure out who the child was.

“They showed us still photos,” said the father.

Koon faces two counts of rape after police identified a second victim. The management of ABC KIDZ had no comment. Osborne and Koon are in the Lorain County Jail waiting for their day in court.

Meanwhile, the baby’s father says administrators at the daycare center where the unthinkable allegedly occurred first tried to cover it up. As Koon sat behind bars with her boyfriend, James Osborne—whose previous offenses include pandering obscenity involving a minor—the infant’s father was livid over how ABC Kidz initially handled the situation. 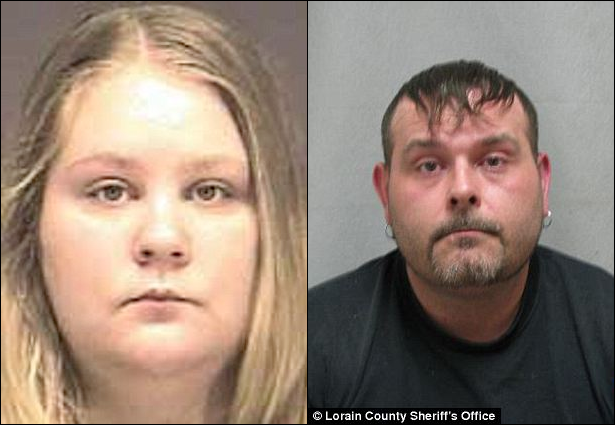 The father claims ABC Kidz was initially vague about what had happened to his baby.

‘They tried to act like it was a simple assault. A few hours later they called us back again and asked us to keep it discrete,’ he said.

What they didn’t want made public was that at least two babies at the daycare facility were raped. The footage was found when investigators searched for James Osborne, whose address is listed incorrectly on Lorain County’s sex offender registry. When he was arrested, for the violation, a laptop that ended up belonging to Koon was searched. On it was the evidence, say police. The anonymous father was forced to identify his baby in order to help the investigation.

As his family’s nightmare unfolds, the aghast dad is left only with advice to other parents.

Koon and Osborne remained in the Lorain County jail Sunday evening as they waited to see a judge. ABC Kidz management declined to comment, citing the sensitivity of the ‘ongoing investigation.’

25-year-old Heather Koon was arraigned on two charges of rape. During the hearing, several in attendance audibly reacted when the judge set bond at a total of $2 million, $1 million for each count. The prosecutor says the state has “very strong evidence” against the suspect whose alleged victims are reportedly ages 1 and 2.