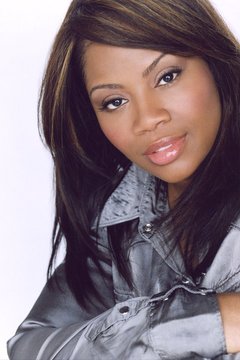 Former Real Housewives of Atlanta DeShawn Snow has written three children’s books, they will be released May 1, 2012. 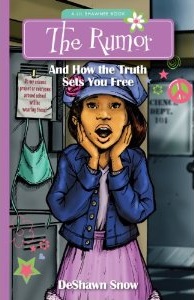 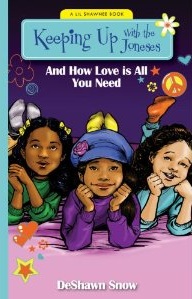 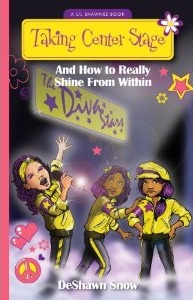 The Rumor: And the truth That Sets You Free (Lil Shawnee)
When Shawnee finds out that her school friends are really not her friends at all, she learns some important lessons about the difference that kind words can make and how doing what you know is right usually works – no matter how hard it is to stick to your guns. Led by her ever-present spiritual guide Nevaeh, Shawnee navigates the rough waters of her new elementary school and learns to make friends – real friends – among people who are willing to stand up for what’s right … just like her. Nevaeh’s sparkly wand and knack for showing up just in time make her the perfect companion for a tween girl faced with all the challenges that everyday life brings.

Keeping Up With the Joneses: And How Love Is All You Need (Lil Shawnee)

Shawnee has found her place in the elementary-school hierarchy. With new friends Nia and Rebecca by her side, she finds out that having money and fine things doesn’t necessarily make a person happy. After she makes some shocking discoveries about Nia’s home life, she understands just how much more important people are than things.
The adventures never cease when Shawnee, her little sister Robin, her mom, dad and friends are around, and in an exciting third book in the works, Shawnee faces even more elementary-school perils that teach her grown-up lessons about living a Godly life. It’s a classic kid’s series with a sprinkling of heavenly advice – perfect for girls in grades three to six!

Taking Center Stage: And How to Really Shine from Within (Lil Shawnee)

When Shawnee and her two friends Rebecca and Nia enter their school’s talent show, they are eager to shine like stars and win first place. However, Rebecca’s drive to take center stage causes her to act like a diva-both on and off the stage.
Led by her ever-present spiritual guide Nevaeh, Shawnee learns the value of strengthening her character and inner beauty before being promoted and how to really shine from within.

Click on the pictures or links to pre-order the books.