Seventh-day Adventist Pastor and executive producer, DeVon Franklin and actress Meagan Good said “I do” in a sunset Malibu wedding yesterday on the 16th June 2012! Pastor & Mrs Franklin dedicated their bodies to God and stayed celibate and their wedding night was the first time they consummated their marriage and relationship. 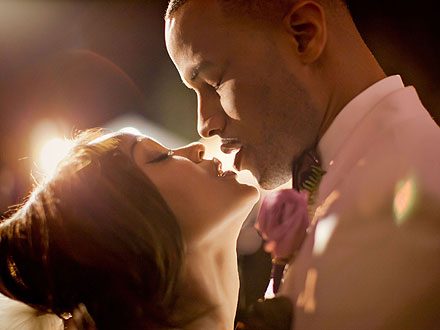 Wearing jewels by Beverly Hills’s Jason the Jeweler and in a custom R-Mine gown with a purple dipped train, Good walked down the aisle to “These Arms,” performed by Jeffrey Lewis of the Craig Lewis Band.

“I didn’t want girly,” says Good of her dress. “I wanted handsome. It’s got a bit of a masculine feel to it. I wanted something that felt a tad bit rebellious and out of the ordinary. That felt closer to my personality.”

The “enchanted and dreamy sunset ceremony,” as Good describes it, was accented by purple roses, tulips and rustic gold. “It was very antique looking,” says the bride.

In lieu of starting a family right away, the newlyweds plan to travel and “get to know each other as husband and wife,” says Franklin.

“We want to make sure that when we bring a child into this world we give it our full attention,” adds Good, who will remain Meagan Good on screen, but will legally add Franklin to her name. 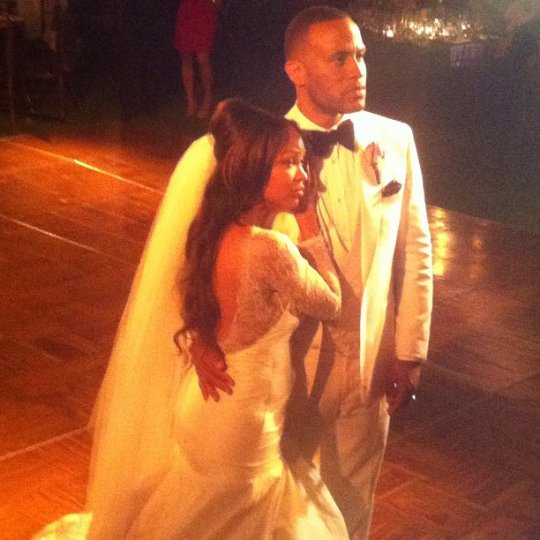 Devon who has produced movies such as The Karate Kid, Jumping the Broom, Moneyball and the upcoming remake of the film classic Sparkle, met Meagan 6 years ago and started dating after she starred in Jumping The Broom.

Meagan: DeVon makes me better, makes my life fuller, and completes my quality of life. He’s truly on my team and I am truly on his. God revealed my heart to him like nobody else.

Devon: I’ve never had more peace, fun, and joy than I’ve had with her.