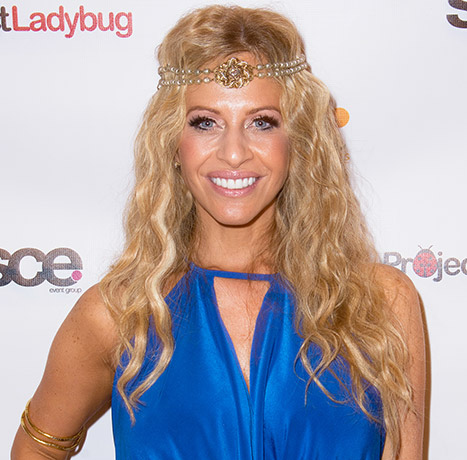 via US Magazine:
Dina Manzo is back—but not with a vengeance. After leaving The Real Housewives of New Jersey in 2010 amid lots of family drama, the Bravo star is ready for a fresh start in season six. It worked out that estranged sister Caroline Manzo and estranged sister-in-law Jacqueline Laurita are no longer on the show, but Dina insists that she had nothing to do with Jacqueline’s exit.

“I didn’t get anyone fired,” the reality star, 43, shares exclusively in the new issue of Us Weekly. “One of my first questions for the producers when I was invited back was, ‘You’re not getting rid of anyone because of me, right?’ And they said, ‘Absolutely not.'”

Things have been chilly between Dina and her family for years. As RHONJ viewers know, her rift with Caroline, Jacqueline, and brother Chris Laurita became a major story line when Caroline blamed costar Teresa Giudice for the falling out. (Both Teresa and Dina have denied that she’s at fault.)

“Other than my daughter [Lexi, 18]—we share a bond that nothing can break—I will never do a reality show with family ever again,” Dina, who’s separated from husband Tommy Manzo, tells Us. “It’s just not a healthy environment.”

For much more from Dina Manzo—including her reasons for returning, her thoughts on Teresa Giudice’s legal problems, and the status of her relationship with Caroline—pick up the new issue of Us Weekly, on stands Friday.

The Real Housewives Of New Jersey premiere on Sunday 13th, July at 8/7c on Bravo.