Sylenna Johnson daughter of Syl Johnson and Brenda Thompson (America’s first black female police commissioner). She is famous for singing All Falls Down with Kanye West and has been singing for 20 years. Ketara Shavon “Keke” Wyatt who sang with Avante on My First Love. She stabbed her first husband with a paring knife to protect herself. She has 5 children and is currently pregnant with her 6th child. Nichole “Nicci” Gilbert-Daniels was one of the original members of Brownstone. Monfiah Carter, 41,  had a #1 hit in 1999 with ‘Touch It’, she hit rock bottom with cocaine use. Monifah is currently working on her fourth studio album ‘MidNite’, which is due sometime in 2012.

Faith wants to put together a charity compilation album with the cast, which you can only imagine will sound fantastic. The ladies are thowing a baby shower for Keke, Monifah is feeing the pangs of motherhood and starts to wish she was having a baby. Monifah wants to bring her partner, but is unsure of how Keke and her husband will react. Syleena is the host of this party, but Nicci is running the party and letting everybody know this.

Keke let’s us know that she doesn’t trust men and she doesn’t like the fact that Michael looks like he may be friends with Syleena’s husband. Syleena sings Twinkle, Twinkle Little Star as they play, pass the baby. Terez, Monifah’s partner arrives at the party, why was Monifah in doubt about her turning up at the party in the first place? Michael is in shock and doesn’t know if he can act normal. Whether you agree with the homosexual lifestyle or not, you can still behave like human and treat Terez with civility. Keke asks Michael what he thinks about Monifah’s friend, doesn’t Keke already know how her husband feels about it? More drama for the camera I think.

R & B Diva’s has caught my attention. I hope there’s no fighting. The future episodes look good, it looks there are some issues between Syleena and Nicci and Monifah and her daughter, What are your thoughts? 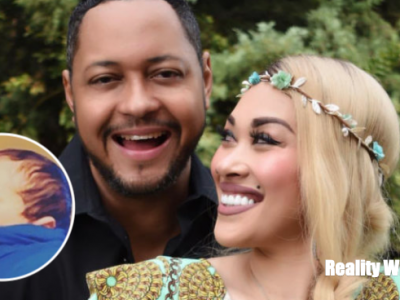