Divorce | Jesse Williams: “I Have to Go To Work, Aryn Gets To Stay At Home With The Help” 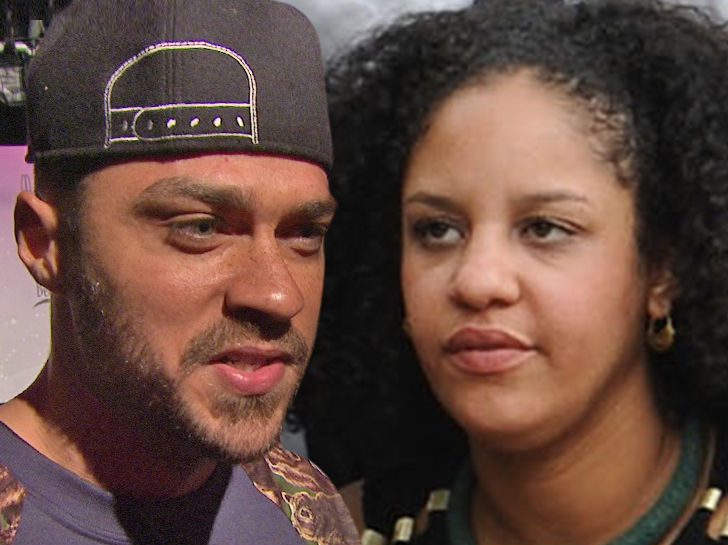 Jesse Williams is firing back at his estranged wife’s claim that he’s not involved enough as a parent saying, essentially, she only gets to be at home with the kids because HE has to bring home the bacon.

Jesse filed docs responding to Aryn’s allegations and says she has the “incredible privilege of being a stay-at-home mom with a full-time nanny” purely because he’s putting in hard work every day. In the docs, he goes on to say Aryn is punishing him for providing for his family.

The punishment? He says Aryn restricts and “micro manages” the time he gets to spend with their 2 children since their split. He says his FaceTime calls to them frequently go unanswered, and when Aryn does answer she sometimes leaves the TV on to distract the kids.

As for Aryn’s claims Jesse bullies her he says the only aggression the children have witnessed is Aryn screaming at him. According to the docs, Aryn once repeatedly slammed the front door on Jesse’s leg while yelling at him.

We spoke with Aryn’s lawyer, Jill Hersh, who tells us “it is a shame that Mr. Williams chose to place the children and his family’s transition in the public domain.”

Hersh added, “Aryn has been working tirelessly to maintain Mr. Williams’ bond with their children and it is important to remember that his one-sided allegations are made with a specific goal in mind. The judge is fully informed on both sides and will be making the final decision.”

Worth pointing out Hersh’s comment is an almost word-for-word duplication of comments Jesse’s team made in response to Aryn’s filing last week.

This one’s getting nasty.