Duck Dynasty star Jep Robertson, the baby brother of the Duck Commander flock, is revealing for the first time the abuse he suffered as a child.

Jep and his wife ahead of the release of their new book The Good, the Bad, and the Grace of God: What Honesty and Pain Taught Us About Faith, Family, and Forgiveness

speak to ET about the claims he was molested by an older student when he was in grade school.

“I was 6 and it was on a school bus and it was an older girl.Back then the high school students would ride on the same bus as the grade school. There was this girl there that was just real mean…I don’t know, but it was a lot of things took place — scary stuff. It was tough.”

In the book, he writes, “An older girl started sitting next to me. She seemed sweet at first. She’d come sit beside me, like a motherly figure almost. I remember her being sweet and taking care of me. I liked to sit in the back so she’d come sit with me. After a while the girl started doing strange things. She’d take my hands and push them up under her shirt and tell me I was tickling her. Then she started making me pull down my pants. It was awkward. I didn’t know what was going on, but I knew something wasn’t right.”

Jep didn’t tell anyone about the abuse.

“I didn’t want to go to school. I had a lot of absences. My mom always thought I was sick and there was definitely other reasons I didn’t want to go to school. I think for a while I just tried to bury it so deep that I kind of forgot about it for a while. I think God put that on me for meeting someone like [my wife] Jessica who went through some hard times herself and I think it made our relationship stronger once we talked about it.”

Jep eventually shared his secret with his wife Jessica, reveals he couldn’t talk openly with his parents.

“I don’t know if I necessarily consciously wanted to [keep it a secret]. I was more embarrassed. I think in the end I didn’t want my mom and dad to think they did anything wrong, and they didn’t. It was just one of those things that happened, and I think it took me a long time to realize what had happened and how it effected me. Like I’ve said before I don’t think anything that happened to me made me do anything bad. I hear people say that. I do think it affected the way I look at certain things. I was really scared of girls and just women in general, but I think God had a plan for that. I know it sounds weird but it’s helped me now that I have a bunch of girls. I think it helps us really communicate with them on what’s right and what’s wrong — where you should be touched or not be touched. It’s a tough thing to go through, but you just kind of live and go though it and make the most of it.”

Jep and his wife can identify with the public part of the Duggar family’s struggle, and they offered advice to the reality show family.

“I think we as a family just stuck together and prayed a lot,” says Jep, who made clear that he doesn’t know the Duggar family and doesn’t “really know what’s in [Josh’s] heart. At some point I think you got to get a tough skin and no matter what anybody says about you, you just got to be like, ‘We’re just going to keep doing what we do.'”

In the book, Jep also writes about his drug and alcohol addled past as a teen, which began after he fell in with the wrong crowd.

“I got to be friends with some guys that had just graduated. It was the first time I had seen drugs or anything like that and it was just kind of a slow process where I got to partying with them and by the end of my senior year I had really gone off the rails and every day I was using. I was drinking. Smoking any kind of drug you can think of. I pretty much tried them all. I was definitely down a bad road and almost died one night.”

“I walked in the house and they all turned and looked at me. Back then I was super pale. I weighed 120 pounds and you could just tell I had really not been living right. I saw my mom and she started crying. Dad called me in there and he said, ‘You need to choose between us and the life you’re living,’ and I just fell down on my knees and said, ‘Thank you so much. What took you all so long?'”

The Good, the Bad, and the Grace of God: What Honesty and Pain Taught Us About Faith, Family, and Forgiveness 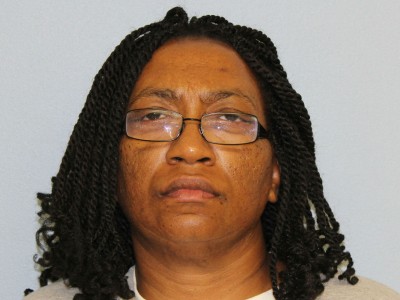